Conferences – could virtual be a reality? 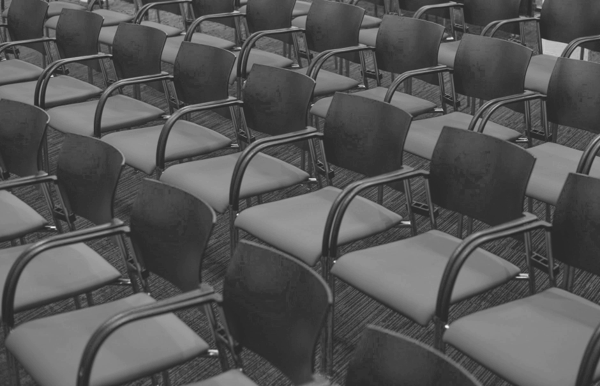 The outbreak of COVID-19 has seen disruption and cancellation of a number of scientific conferences. One of the biggest casualties was the APS March meeting, the world’s largest physics conference, with organisers making the difficult decision to call the event off less than 36 hours before the scientific sessions were due to start. Elsewhere, the ICLR (International Conference on Learning Representations), scheduled for April, has made the decision to go fully virtual. Could the trial of online solutions, albeit under unfortunate circumstances, herald the start of a new conference era?

The APS March meeting and ICLR are among many events affected in some way by coronavirus. In early February the AAAI meeting in New York had to make some last-minute re-arrangements due to the travel ban that affected participants from China. I was lucky enough to attend this event and the impression I got was that the organisers did a good job in dealing with the situation. Researchers who were unable to travel could send in recordings of their presentations and these were played to the audience instead. Although it was a real shame for the presenters that they couldn’t be there in person the virtual talks had some advantages: all of these talks ran to time, the presenters had recorded in advance in the comfort of their own lab so weren’t nervous, and there was no sweating over a tricky question posed by an eagle-eyed audience member.

Fast-forward a month and the virus situation had become more serious. Although most physicists agreed that the APS March cancellation was the right decision, the last-minute nature of the announcement didn’t go down well, with a large number of delegates already having made the journey to Denver when they found out the news. Some researchers quickly sprang into action, arranging virtual meetings and setting up repositories for talks and posters. The first live virtual meeting was on the topic of machine learning in quantum physics and quantum computation.

The ICLR made an announcement on Twitter on 10 March about their event:

Due to concerns about COVID-19, #ICLR2020 will cancel its physical conference this year, and instead host a fully virtual conference. Our initial guidance for presenters and attendees, see https://t.co/5eUPI3gldi

They plan to try a fully virtual conference. As I write the details are, understandably, yet to be finalised, with the organisers actively discussing a number of options. For the time being though, all authors have been asked to prepare a five minute video. Authors who were due to give a long talk have also been asked to prepare a 15 minute video. Attendance fees have been slashed to $100 ($50 for students).

These virtual sessions organised with very little planning time indicate that it should be possible to hold large online events in future. Indeed, remote attendance is something that many scientists have long been calling for. Such flexibility would improve matters for scientists with families, those with disabilities, and people who are trying to cut down on travel, for environmental or other reasons.

Abled people: NO WE CANNOT DO REMOTE CONFERENCES ITS SOOOO HaRd

Disabled ppl: it's not that hard rly, just try

Abled ppl: NOOOO the cOMPLEXITY tHe CoST thE problMZ

Many researchers are concerned about the environmental impact of conferences and the associated travel. Yoshia Bengio recently wrote about his suggestions for more sustainable events. One idea he proposes is that instead of having a major conference at one location, there could be local meeting places around the world (at least one in each continent), so that most people could attend their local meeting. These meetings would be connected electronically. The ACM Collective Intelligence event, planned for June, is already heading in that direction, with the conference split between two locations: Boston and Copenhagen.

There is no shying away from the environmental impact of large international events. However, face-to-face meetings remain incredibly valuable and it’s hard to recreate the buzz in an auditorium following a particularly good talk. Conferences can also be vital for young researchers looking to network and build their careers. Another important consideration is the financial impact on societies, many of whom rely on conferences as a major source of income. It will be interesting to see how researchers and conferences strike a balance between sustainability and social interactions and whether we will see a new type of event emerge.

Have you been affected by a conference cancellation? Tweet us at @aihuborg.