Shortcuts to artificial intelligence – a tale 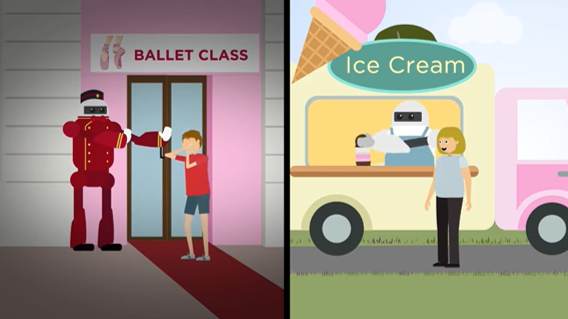 The current paradigm of artificial intelligence emerged as the result of a series of cultural innovations, some technical and some social. Among them are seemingly small design decisions, that led to a subtle reframing of some of the ﬁeld’s original goals, and are now accepted as standard. They correspond to technical shortcuts, aimed at bypassing problems that were otherwise too complicated or too expensive to solve, while still delivering a viable version of AI.

Far from being a series of separate problems, recent cases of unexpected eﬀects of AI are the consequences of those very choices that enabled the ﬁeld to succeed, and this is why it will be difficult to solve them. Research at the University of Bristol has considered three of these choices, investigating their connection to some of today’s challenges in AI, including those relating to bias, value alignment, privacy and explainability.

1) Correlation vs causation
One important consequence of training statistical algorithms to emulate the decisions or behaviours of humans (e.g. recommending a book) is that we no longer value so highly the reason why the decision is made, so long as the action it generates is appropriate. Predictions count more than explanations, knowing ‘what’ counts more than knowing ‘why’, and ‘correlation trumps causation’.

2) Data from the wild
The second shortcut was summarised in a paper by Halevy, Norvig and Pereira which draws general lessons from the success stories of speech recognition and machine translation. It identifies the reason for those successes being the availability of large amounts of data, which had already been created for different purposes. Data gathered from the wild has been crucial in the design of object recognition systems, face recognition, and machine translation. The ubiquitous word embeddings that allow us to represent the meaning of words before we process them, are also all learned from data gathered from the wild.

3) Proxies and implicit feedback
Rather than asking users explicitly what they wanted the AI system to do, designers started making use of implicit feedback, which is another way of saying that they replaced unobservable quantities with cheaper proxies. Understanding the misalignment between a proxy and the intended target has become an important question for AI.

What has been accomplished by the AI research community over the past 20 years is remarkable, and much of this could not have been achieved at the time without taking “shortcuts”, including the three that have been summarised above. With the benefit of hindsight we can, however, reflect on how we introduced assumptions into our systems that are now generating problems, so that we can work on repairing and regulating the current version of AI. The same methods and principles that are perfectly innocuous in a certain domain, can become problematic only after being deployed in different domains. This is the space where we will need better informed regulation.

Further papers that may be of interest:
Can Machines Read our Minds? Burr, C. & Cristianini, N. Minds & Machines (2019).

This work is part of the ERC ThinkBIG project, Principal Investigator Nello Cristianini, University of Bristol.