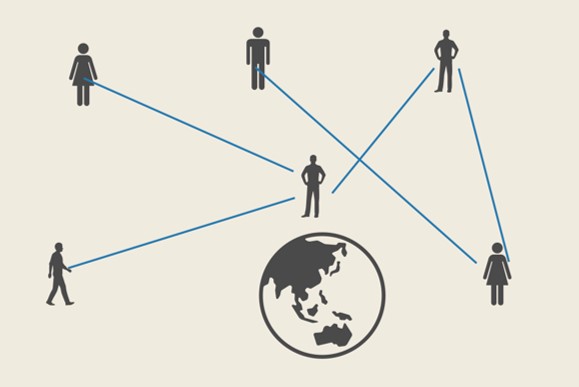 The COVID-19 pandemic has had an unprecedented effect on society. Governments and individuals around the world have taken steps to stem the flow of the virus. Actions such as suspending travel, testing, bans on gatherings, closures of schools and universities, and total lockdown of entire regions and countries are being used as means to prevent the spread of the virus.

As much as restrictions have been able to slow down the spread of COVID-19, more sophisticated technological measures will be needed if we are to return to a world out of lockdown. Real-time contact tracing, using mobile phones, is one promising option. A model of individual interactions and social interactions can be built using a combination of AI algorithms and location data from mobile phones.

Much of the world’s population has a smart phone and is connected to the internet. With such a large user base, telecom operators can gain access to a large-scale dataset of user locations and movement patterns. This could be used to build an accurate model of travel history, migration patterns and infectious disease spread. This is a fast-evolving area of research 1, 2, 3, 4, 5, 6, 7, and such data has been used in the past to track disease spread.

During the 2010 Haiti earthquake, researchers used position data of SIM cards to track the migration patterns after the onset of the earthquake and the cholera outbreak that subsequently followed. To exclude inactive sims, only the cards that made at least one call both pre-earthquake and in the month of study were considered. It was estimated that around 630,000 people present in Port-au-Prince migrated within a month of the earthquake. This net outflow measured by the mobile phone data corresponded to around 20% of Port-au-Prince’s population; this prediction matched the results of a UN population survey.

Results from this study showed that, particularly in areas of large mobile phone density, the estimation of population movements during outbreaks can be delivered rapidly. Pre-earthquake population data could be used to help determine estimates of area-specific population sizes, which in turn could be used to make improvements in the allocation of relief supplies. During the cholera outbreak post-earthquake, mobile operator data was used to predict the spatial evolution of the epidemic 8, 9.

At the end of the epidemic, a couple of gravity models of population mobility were constructed and optimized based on complete retrospective data that were analysed. (Gravity models of population movement characterize the distribution of trips between discrete locations, based on the populations of the origin and destination and the distance between them.) It was found that the risk of an area experiencing an outbreak showed a strong dose-response relationship with the mobile-based infections estimate. Results indicated that the mobile phone-based model (AUC 0.79) performed better than the retrospectively optimized gravity models (AUC 0.66 and AUC 0.74 respectively).

Another such study was conducted in Tanzania, monitoring a malaria outbreak 10. Three months’ of data was collected during the outbreak, including the details of all mobile users on the Zanzibar telecom (Zantel) network. A combination of this data and mathematical methods allowed researchers to model transmission exposure and imported infection numbers. The model showed that the majority of people posed a relatively low risk of parasite importation. A small number of people account for most of the risk in the case of imported malaria. The combination of spatial data (from movement patterns derived from mobile records) and reported malaria cases models can determine the likelihood of malaria importation. Such information can be used to take effective decisions in the fight against the outbreak.

Recently, anonymized mobile data has been used relating to the COVID-19 pandemic 11. A contact tracing study in China (particularly Wuhan and Shanghai) was primarily conducted to study the effects of the disease on different age groups. The data was visualized in the form of a contact matrix, stratified by age group, with each cell representing the number of contacts an individual has had with another person.

A key parameter in understanding the growth of any virus can be observed by its ‘R naught’ (R0) cycle which is the time taken for the number of cases to double. In Wuhan during the initial phase of the virus R0 values were estimated to be around 2.0-3.5. During the subsequent lockdown, the R0 dropped well below the epidemic threshold.

On a global level at present, we are still to see widespread use of contact tracing through mobile data12. Governments are typically not confronted with pandemics of this scale. Therefore, it is understandable that it is taking time to put together these complex systems which require multidisciplinary knowledge and teams.

There is one major issue which needs to be overcome: data security 13.

Many governments such as China, South Korea, have used and accessed personal mobile phone data to track movements of individuals. Countries such as New Zealand and Thailand have used mobile phone data to monitor movement of people subject to home quarantine. In Taiwan, residents faced heavy fines, a police watch or government quarantines. Poland and Russia have gone even further, by using facial recognition software to ensure compliance to orders on lockdown.

Around the world, many public advocacy groups and human rights organizations have raised ethical concerns about the use of individual mobile data. In the EU, GDPR (General Data Protection Regulation) prevents governments from infringing the privacy of an individual. Such a regulation would be desirable at a global inter-governmental level so as to ensure the privacy of user data.

The following factors could be considered for future iterations of contact tracing models to make them more accurate and effective:

There are some limitations to this approach which would need to be optimized. For instance:

6. Balcan, Duygu et al. Multiscale mobility networks and the spatial spreading of infectious diseases Proceedings of the National Academy of Sciences of the United States of America (2009).

Tracking your location and targeted texts: how sharing your data could help in New Zealand’s level 4 lockdown

Coronavirus contact-tracing apps: can they slow the spread of COVID-19? 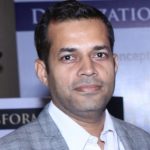