A stellar flare is a sudden flash of increased brightness on a star. Young stars are prone to these flares which can incinerate everything around them, including the atmospheres of nearby planets starting to form.

Finding out how often young stars erupt can help scientists understand where to look for habitable planets. But until now, searching for these flares involved poring over thousands of measurements of star brightness variations, called ‘light curves’, by eye.

Now, an international team of scientists based in Australia and the USA have used machine learning to make the search faster and more effective. The scientists developed a convolutional neural network (CNN) to detect the telltale light patterns of a stellar flare.

“With the help of the neural network, we were able to find more than 23,000 flares across thousands of young stars,” said Ben Montet (University of New South Wales), co-author of the study. “Finding stellar flares – which can be lethal for the developing atmospheres of nearby planets – can help us work out where to look for habitable planets.”

The findings, published recently in The Astronomical Journal, and this summer in the Journal of Open Source Software, offer a new benchmark in the use of AI in astronomy, as well as a better understanding of the evolution of young stars and their planets.

“When we say young, we mean only a million to 800 million years old,” said Adina Feinstein, a University of Chicago graduate student and first author on the paper. “Any planets near a star are still forming at this point. This is a particularly fragile time, and a flare from a star can easily evaporate any water or atmosphere that’s been collected.”

NASA’s TESS telescope, aboard a satellite that has been orbiting Earth since 2018, is specifically designed to search for exoplanets. Flares from faraway stars show up on TESS’s images, but traditional algorithms have a hard time picking out the shape from the background noise of star activity. Neural networks are particularly good at looking for patterns and astronomers have increasingly begun to look to them to classify astronomical data.

Adina and Ben worked with a team of scientists from NASA, the Flatiron Institute, Fermi National Accelerator Laboratory, the Massachusetts Institute of Technology and the University of Texas at Austin to pull together a set of identified “flares” and “not-flares” to train the neural net.

“The neural net turned out to be really good at finding small flares,” said Ben. “Those are actually really hard to find with other methods.”

Once the researchers were satisfied with the neural net’s performance, they applied it to the full set of data: more than 3200 stars. They found that stars like our sun only have a few flares, and those flares seem to drop off after about 50 million years.

“This is good for fostering planetary atmospheres – a calmer stellar environment means the atmospheres have a better chance of surviving,” Adina said.

In contrast, cooler stars called red dwarfs tended to flare much more frequently. “Red dwarfs have been seen to host small rocky planets; if those planets are being bombarded when they’re young, this could prove detrimental for retaining any atmosphere,” she said.

The results help scientists understand the odds of habitable planets surviving around different types of stars, and how atmospheres form. This can help them pinpoint the most likely places to look for habitable planets elsewhere in the universe.

The scientists also investigated the connection between stellar flares and star spots, like the kind we see on our own sun’s surface. “The spottiest our sun ever gets is maybe 0.3% of the surface,” said Ben. “For some of these stars we’re seeing, the surface is basically all spots. This reinforces the idea that spots and flares are connected, as magnetic events.”

The scientists next want to adapt the neural net to look for planets close to young stars. “Currently we only know of about a dozen younger than 50 million years, but they’re so valuable for learning how planetary atmospheres evolve,” Adina said.

Ben is planning future work concerned with extending this neural net framework at UNSW. “We will apply these same methods in a search for young planets in the same data set,” he said. 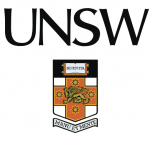