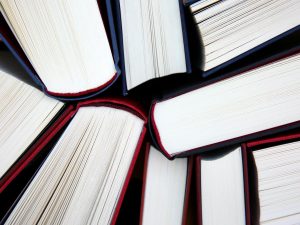 AI Policy Matters is a regular column in the ACM SIGAI AI Matters newsletter featuring summaries and commentary based on postings that appear twice a month in the AI Matters blog.

Confusion in the popular media about terms such as algorithm and what constitutes AI technology cause critical misunderstandings among the public and policymakers. More importantly, the role of data is often ignored in ethical and operational considerations. Even if AI systems are perfectly built, low quality and biased data cause unintentional and even intentional hazards.

A generative pre-trained transformer GPT-3 is currently in the news. For example, James Vincent in the July 30, 2020, article in The Verge writes about GPT-3, which was created by OpenAI. Language models, GPT-3 the current ultimate product, have ethics issues on steroids for products being made. Inputs to the system have all the liabilities discussed about Machine Learning and Artificial Neural Network products. The dangers of bias and mistakes are raised in some writings but are likely not a focus among the wide range of enthusiastic product developers using the open-source GPT-3. Language models suggest output sequences of words given an input sequence. Thus, samples of text from social media can be used to produce new text in the same style as the author and potentially can be used to influence public opinion. Cases have been found of promulgating incorrect grammar and misuse of terms based on poor quality inputs to language models. An article by David Pereira includes examples and comments on the use of GPT-3. The article “GPT-3: an AI Game-Changer or an Environmental Disaster?” by John Naughton gives examples of and commentary on results from GPT-3.

A possible meta solution for policymakers to keep up with technological advances and AI data issues is discussed by Alex Woodie in “AI Ethics and Data Governance: A Virtuous Cycle.” He quotes James Cotton, who is the international director of the Data Management Centre of Excellence at Information Builders’ Amsterdam office: “as powerful as the AI technology is, it can’t be implemented in an ethical manner if the underlying data is poorly managed and badly governed. It’s critical to understand the relationship between data governance and AI ethics. One is foundational for the other. You can’t preach being ethical or using data in an ethical way if you don’t know what you have, where it came from, how it’s being used, or what it’s being used for.”

While including ethical and moral issues, a broader list of issues is concerning to citizens and policymakers about face recognition technology and AI. Areas of concerns include accuracy; surveillance; data storage, permissions, and access; discrimination, fairness, and bias; privacy and video recording without consent; democratic freedoms, including right to choose, gather, and speak; and abuse of technology such as non-intended uses, hacking, and deep fakes. Used responsibly and ethically, face recognition can be valuable for finding missing people, responsible policing and law enforcement, medical uses, healthcare, virus tracking, legal system and court uses, and advertising. Various guidelines by organizations such as the AMA and legislation like S.3284 – Ethical Use of Facial Recognition Act are being developed to encourage the proper use of AI and face recognition. Some of the above issues do specifically require ethical analysis as in the following by Yaroslav Kuflinski:

How to discuss facial recognition

Recent controversies about FR mix technology issues with ethical imperatives and ignore that people can disagree on which are the “correct” ethical principles. A recent ACM tweet on FR and face masks was interpreted in different ways and ACM issued an official clarification. A question that emerges is if AI and other technologies should be, and can be, banned rather than controlled and regulated. In early June, 2020, IBM CEO Arvind Krishna said in a letter to Congress that IBM is exiting the facial recognition business and asking for reforms to combat racism: “IBM no longer offers general purpose IBM facial recognition or analysis software. IBM firmly opposes and will not condone uses of any technology, including facial recognition technology offered by other vendors, for mass surveillance, racial profiling, violations of basic human rights and freedoms, or any purpose which is not consistent with our values and Principles of Trust and Transparency,” Krishna said in his letter to members of congress, “We believe now is the time to begin a national dialogue on whether and how facial recognition technology should be employed by domestic law enforcement agencies.”

Among the complexities of public policy making, the new world of AI and data science requires careful consideration of ethics and safety in addressing complex and far-reaching challenges in the public domain. Data and AI systems lead to opportunities that can produce both good and bad outcomes. Ethical and safe systems require intentional processes and designs for organizations responsible for providing public services and creating public policies. An increasing amount of research focuses on developing comprehensive guidelines and techniques for industry and government groups to make sure they consider the range of issues in AI ethics and safety in their work.

An excellent example is the Public Policy Programme at The Alan Turing Institute under the direction of Dr David Leslie. Their work complements and supplements the Data Ethics Framework, which is a practical tool for use in any project initiation phase. Data Ethics and AI Ethics regularly overlap. The Public Policy Programme describes AI Ethics as “a set of values, principles, and techniques that employ widely accepted standards of right and wrong to guide moral conduct in the development and use of AI technologies. These values, principles, and techniques are intended both to motivate morally acceptable practices and to prescribe the basic duties and obligations necessary to produce ethical, fair, and safe AI applications. The field of AI ethics has largely emerged as a response to the range of individual and societal harms that the misuse, abuse, poor design, or negative unintended consequences of AI systems may cause.” They cite the following as some of the most consequential potential harms:

The Ethical Platform for the Responsible Delivery of an AI Project, strives to enable the “ethical design and deployment of AI systems using a multidisciplinary team effort. It demands the active cooperation of all team members both in maintaining a deeply ingrained culture of responsibility and in executing a governance architecture that adopts ethically sound practices at every point in the innovation and implementation lifecycle.” The goal is to “unite an in-built culture of responsible innovation with a governance architecture that brings the values and principles of ethical, fair, and safe AI to life.”

1. Leslie, D. (2019). Understanding artificial intelligence ethics and safety: A guide for the responsible design and implementation of AI systems in the public sector. The Alan Turing Institute.
2. Data Ethics Framework (2018).

In January, 2020, the Berkman Klein Center released a report by Jessica Fjeld and Adam Nagy “Mapping Consensus in Ethical and Rights-Based Approaches to Principles for AI”, which summarizes contents of 36 documents on AI principles. This work acknowledges the surge in frameworks based on ethical and human rights to guide the development and use of AI technologies. The authors focus on understanding ethics efforts in terms of eight key thematic trends:

They report “our analysis examined the forty seven individual principles that make up the themes, detailing notable similarities and differences in interpretation found across the documents. In sharing these observations, it is our hope that policymakers, advocates, scholars, and others working to maximize the benefits and minimize the harms of AI will be better positioned to build on existing efforts and to push the fractured, global conversation on the future of AI toward consensus.”

Please join our discussions at the SIGAI Policy Blog. 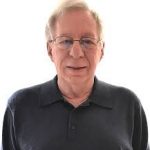 Larry Medsker is Research Professor of Physics at The George Washington University.

Larry Medsker is Research Professor of Physics at The George Washington University.