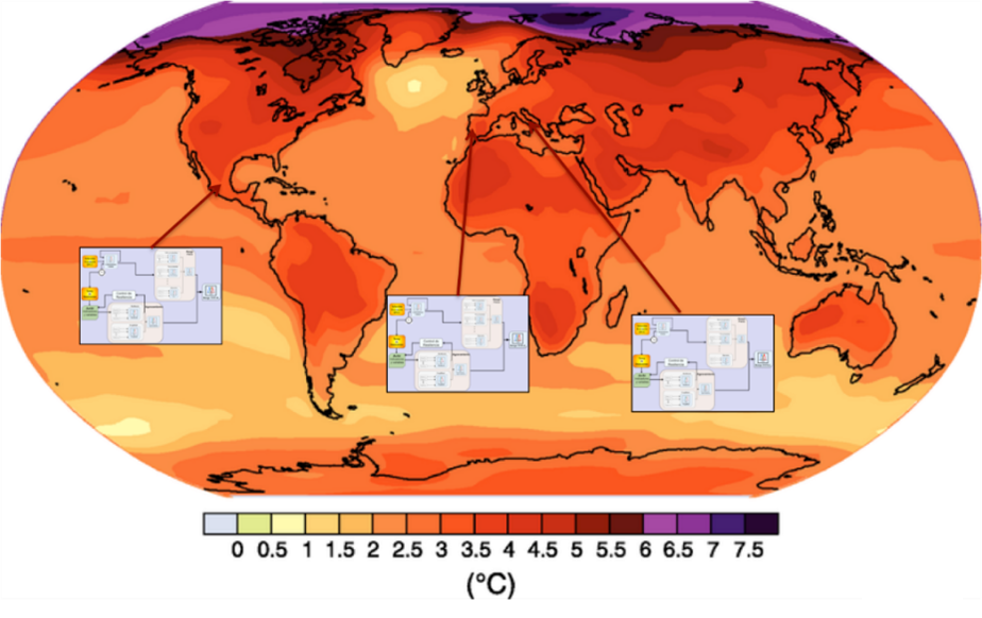 The Intergovernmental Panel on Climate Change (IPCC) fifth assessment report states that warming of the climate system is unequivocal and notes that each of the last three decades has been successively warmer at the Earth’s surface than any preceding decade since 1850. The projections of the IPCC Report regarding future global temperature change range from 1.1 to 4°C, but that temperatures increases of more than 6°C cannot be ruled out [1]. This wide range of values reflects our limitations in performing accurate projections of future climate change produced by different potential pathways of greenhouse gas (GHG) emissions. The sources of the uncertainty that prevent us from obtaining better precision are diverse. One of them is related to the computer models used to project future climate change. The global climate is a highly complex system due to many physical, chemical, and biological processes that take place among its subsystems within a wide range of space and time scales.

These processes are simulated by global circulation models (GCM), based on the fundamental laws of physics, which are the most accurate tools for predicting the response of the climate system to increases in GHG. These GCMs, however, are not perfect representations of reality because, among other reasons, they do not include some important physical processes (e.g. ocean eddies, gravity waves, atmospheric convection, clouds and small-scale turbulence), which are known to be key aspects of the climate system but which are too small or too fast to be explicitly modelled. Nevertheless, the net impact of these small scale physical processes on the coarse scale processes is estimated and included in the model by means of parameterizations, as an attempt to capture their fundamental phenomenology. There are many parameterization schemes in the models. Some of them are well-constrained by observations and are believed to be quite reliable, but others are less well understood. In addition, more complex models imply a large number of parameterized processes. Thus, since parameterizations vary among different models, and given the large number of parameterized processes, ensembles of GCM runs, using the same forcing, produce different temperature values.

From the point of view of a policy-maker, the results of the IPCC’s assessments regarding the projection of global or regional temperature increases are difficult to interpret due to the wide range of the estimated warming. Nonetheless, this is the uncertainty that scientists and ultimately policy-makers have to deal with.

Furthermore, most of the available methodologies that have been proposed for supporting decision-making do not take into account the nature of climate change’s uncertainty and are mainly based on classic statistical theory. Climate change’s uncertainty is predominately epistemic and, therefore, it is critical to produce or adapt methodologies that are suitable to deal with it and that can produce policy-exploitable information. Choosing a modelling approach that includes uncertainty from the start tends to reduce its complexity and promotes a better understanding of the model itself and of its results.

The Soft Computing research group of the IDEAI research center at the Universitat Politècnica de Catalunya (UPC), and the Climate Change and Solar Radiation group of the CCA at the Universidad Nacional Autónoma de México (UNAM), collaborate in this field of research with the aim to develop fuzzy models [2] to estimate the global temperature change, which allows a better understanding of a system’s behavior and allows us to produce climate change scenarios that could be more meaningful for policy-makers.

The research has been carried out in two stages with different but closely related objectives. In the first stage, with a more global and preventive vision, we focus on the development of fuzzy models to study the global temperature change from different variations of GHG emissions.

In the second stage, more local and focused on the already unavoidable consequences, we focus on the development of a modeling and simulation scheme of vulnerability to the adverse effects of climate change at the local level. Using the models from the first stage adapted to a local scale level and by implementing fuzzy controllers to the model control actions of decision makers, we attempt to determine which decisions are most influential in achieving increased resilience as the consequences of climate change occur.

The fuzzy models developed in the first stage incorporate uncertainties related to the wide range of estimated temperature values derived from the different IPCC anthropogenic GHG emissions scenarios to better model global temperature change. Firstly, simple fuzzy models based on the analysis of IPCC reports data were created. Secondly, fuzzy models were generated based on a box model of the ocean-atmosphere system to assess the response of the global mean temperature to changes in both the thermal forcing and the model parameters. The box model depends on a small number of parameters which are treated directly as fuzzy sets. Then, by means of Zadeh’s extension principle the uncertainty ranges associated to the temperature increase were determined. Finally, a hybrid neuro-fuzzy model, able to optimize automatically the fuzzy parameters, was also developed for global temperature change predictions.

Although these models proved to be valid for explaining to decision-makers the impact of anthropogenic activity on global temperature rise, they may not be useful in a political world characterized by non-compliance with commitments at world summits on climate change.

On the one hand, the different time scales between national electoral short-termism (a few years) and climate change (decades) cause a continuous postponement of decisions due to the lack of understanding of what an increase of one or two degrees of average temperature means.

As a result of immobility and the feeling of failure, the Paris summit modified two criteria for action: highlighting the local versus the global and preparing to face the imminent adverse effects of past inaction. In addition to agreeing to “try” to keep the average global temperature below 2 degrees Celsius, the strategy is for the countries themselves to define their “comprehensive national climate action plans” according to the different levels of impact that climate change will have. Focusing the impact on each region may generate more awareness and better decisions than knowing that the average temperature will rise, for instance, 0.5 degrees in the next 10 years.

In this context, where climate change is a reality that is difficult to avoid and of unknown severity, governments have many challenges to address and must be able to act to mitigate its consequences. Although efforts to prevent it must be global, it should be noted that each country, region and city will be affected differently by climate change, so it will be necessary to prepare accordingly. While in some places there will be droughts, in others there will be floods; global changes in production structures will occur. All of this will gradually aggravate, and what is worse, it will happen all over the planet simultaneously.

For all the previously stated reasons, our second stage of research is focused on the proposal of a decision making assistance tool in the form of fuzzy controllers. This tool estimates the amount of time needed to recover a certain resilience level related to the actions of climate impacts and global change while considering a coerced social and political landscape [3]. Local politicians need tools to play with the different possible scenarios, to know what they face.

To this end, we work with climate resilience indicators, vastly reported in literature. By following a resilience framework aimed to measure both vulnerability and adaptive capacities, our intention is to estimate first an initial resilience level by means of fuzzy composite indices. This resilience level can then be used as initial input of a set of fuzzy controllers that implements control actions over indicators’ performance ratios in order to achieve a resilience level that can be selected by the final user. 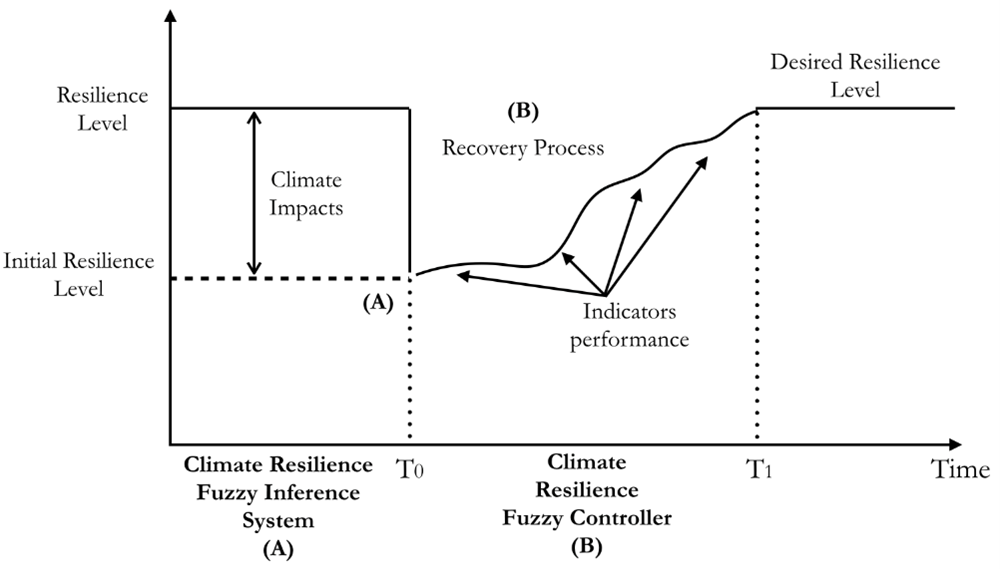 Figure 1: Conceptualization of the proposed modelling scheme (A) A resilience level is estimated by the Climate Fuzzy Inference System. (B) Control actions are taken trough the implementation of the Climate Resilience Fuzzy Controller onto indicators’ performance.

At the same time as the so-called resilience target level is achieved, an estimation of the required investment costs to achieve such level is calculated, considering the rate of production reported for each indicator. 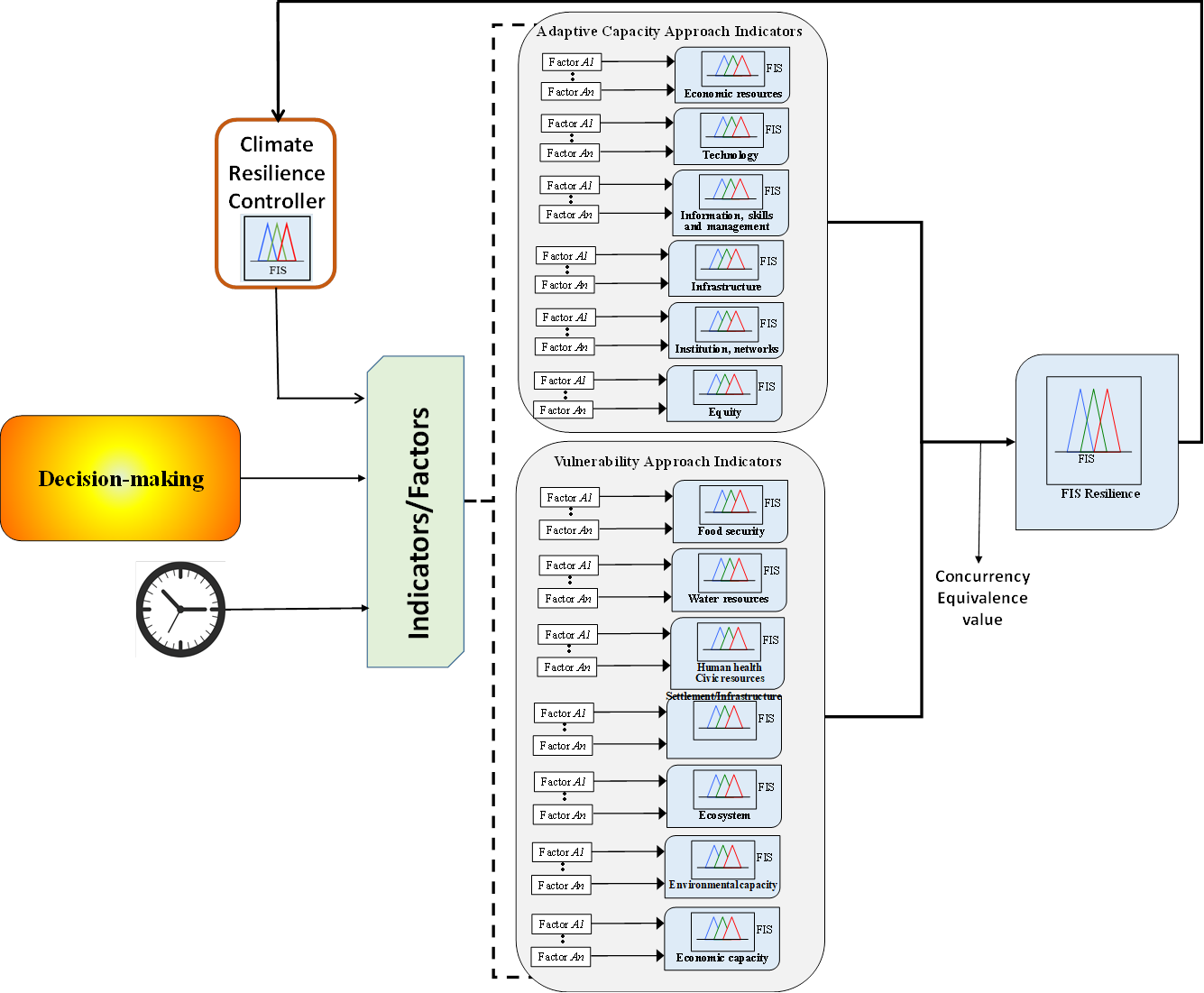 The resilience fuzzy controller’s configuration options allow manageable projections considering diverse circumstances that might be very helpful to answer questions such as: if a certain climate resilience level is required, what are the achievable changes that need to be carried out in relation to the climate resilience indicators? or: how long would it take for these changes to be reflected in real resilience improvement? 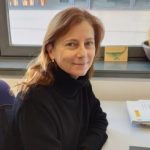