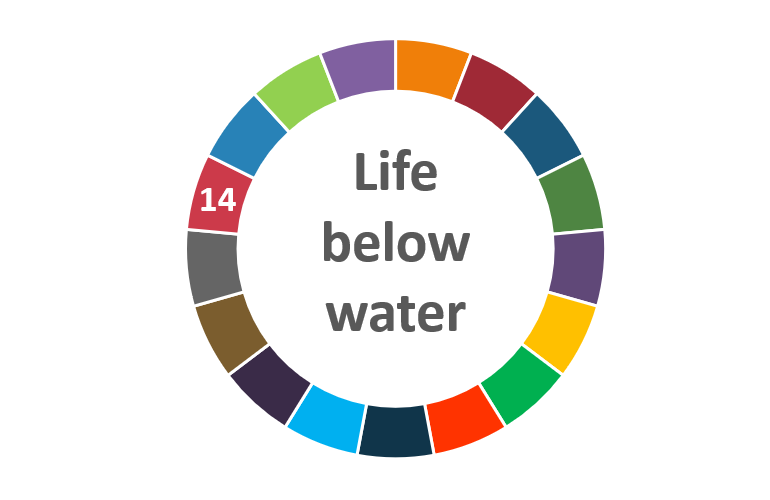 In this article, we summarise the content from our focus series on the UN Sustainable Development Goal (SDG) number 14: life below water, and we highlight further interesting research in the field. The UN write that the aim of this goal is to: “Conserve and sustainably use the oceans, seas and marine resources for sustainable development.” This includes topics such as reducing marine pollution, protecting and restoring ecosystems, reducing ocean acidification, and sustainable fishing.

The aim of the OcéanIA project is to develop new artificial intelligence and mathematical modelling tools to contribute to the understanding of the oceans and their role in regulating and sustaining the biosphere, and tackling climate change. We interviewed Nayat Sánchez-Pi, Director of the Inria Chile Research Center, who told us more about this important and exciting project. 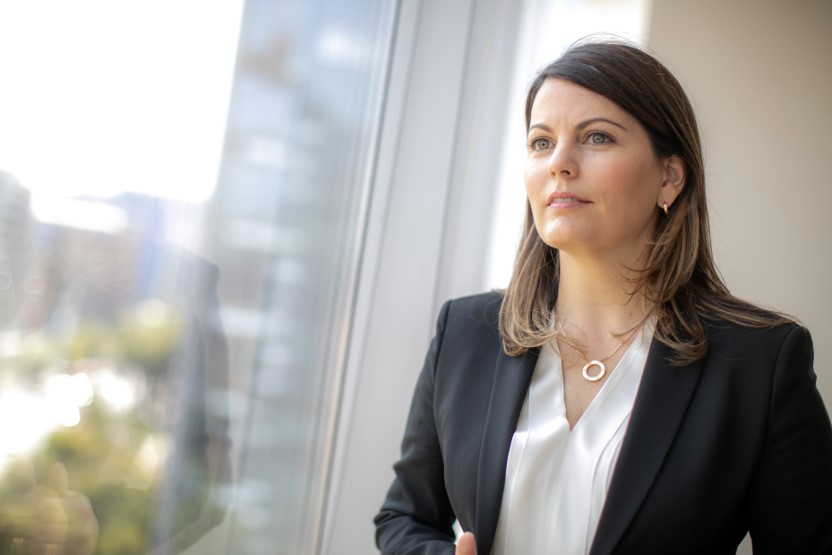 A key part of the OcéanIA project is data, and much of this is being collected by the Tara Microbiome-CEODOS expedition. The objective of this expedition is to study the marine microorganisms which play a fundamental role in ocean ecosystems. The Tara Ocean Foundation is carrying out this expedition that unites the Atlantic, Southern and Pacific oceans in a single two-year campaign (2021-2023). You can find out more about the expedition in this article.

Floating sea macro-litter is a threat to the conservation of marine ecosystems worldwide. According to UNESCO, plastic debris causes the deaths of more than a million seabirds every year, as well as more than 100,000 marine mammals. Eroded fragments, known as micro-plastics, are now prevalent across the food chain.

Researchers at the University of Barcelona have developed an open access, deep learning-based web app that will enable the detection and quantification of floating plastics in the sea with a reliability of over 80%. Read more in our article Detection of marine litter using deep learning.

Beach Bot is an autonomous robot designed to identify small pieces of litter (such as cigarette butts) on a beach and pick them up. You can see it in action below.

The team are keen to stress that this isn’t a long-term project, and they did it primarily to raise awareness of litter. “It is not our ambition that in the long term a lot of robots will drive on the beach. Above all, we hope that the robot makes people think about how they can help keep the beach clean and also make them aware of the problem of litter, so that they decide to clean up their mess themselves.”

An algal bloom is the rapid increase of the population of algae in freshwater or marine water systems. These excessive algae growths are typically caused by nutrients (usually in the form of fertilizer runoffs) entering the aquatic system. Algal bloom is often recognized by the discoloration in the water from the algae’s pigments. Blooms that impact negatively on other organisms are called “harmful algal blooms” (HAB).

In this presentation, Marjean Pobuda gives a demonstration on how spatial machine learning can help build predictive models of where harmful algal blooms are likely to occur based on historical data.

On 15 June, the Mayflower autonomous ship launched from Plymouth, UK, bound for North America. The vessel unfortunately developed a technical fault a few days later and had to be recovered and returned to base (in Plymouth, UK). The team will proceed with missions around the coast of the UK during Autumn and Winter, further developing the technology. They plan to try the cross-Atlantic voyage in Spring 2022. You can watch some snippets of footage from the crossing attempt, provided by the on-board cameras, including this dolphin encounter.

You can follow the progress of the ship, including tracking the forthcoming trips, on the team’s website.

Autonomous underwater systems in our oceans

Earlier this year, Florian Berlinger, Melvin Gauci and Radhika Nagpal, published work revealing their development of fish-inspired robots that can synchronize their movements like a real school of fish, without any external control. Radhika Nagpal hopes that “insights from this research will help develop future miniature underwater swarms that can perform environmental monitoring and search in visually-rich but fragile environments like coral reefs. This research also paves a way to better understand fish schools, by synthetically recreating their behaviour.”

Another animal-inspired design comes in the form of Quadroin, a 3D-printed self-propelled autonomous underwater vehicle with a shape similar to a penguin. The device is equipped with sensors and the plan is to use it to investigate short-term events and long-term trends across the Earth, including heat waves, hydrological extremes, ocean eddies and permafrost thaw. Further down the line, the researchers plan to use AI to allow smart group behaviour and decision-making.

A dataset for ocean waves

At present, our understanding of the occurrence of extreme waves in the ocean is limited, as the rare nature of these events makes them difficult to analyse. Data mining and machine learning methods provide a promising route, but they typically rely on the availability of massive amounts of well-cleaned data. To facilitate research in this area, Dion Häfner, Johannes Gemmrich and Markus Jochum have developed FOWD, a freely available wave dataset and processing framework. FOWD describes the conversion of raw observations into a catalogue that maps characteristic sea state parameters to observed wave quantities. You can find out more in their paper FOWD: A Free Ocean Wave Dataset for Data Mining and Machine Learning.

Here is a list of the content posted to date. The focus series remains open to contributions and these will be added as and when they are published. You can also click here to see the full collection.
Detection of marine litter using deep learning
Interview with Nayat Sánchez-Pi – how the OcéanIA project is advancing our understanding of the oceans and our climate
Understanding the oceans and climate change – the OcéanIA project and Tara expedition
AI in port and maritime research

tags: Focus on life below water, Focus on UN SDGs