by University of Illinois
29 October 2021 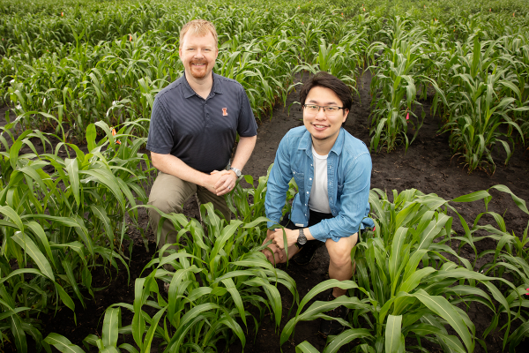 Andrew Leakey, Jiayang (Kevin) Xie and their colleagues developed an improved method for analyzing features of plant leaves that contribute to water-use efficiency in crops like corn, sorghum (pictured) and Setaria. They used advanced statistical approaches to identify regions of the genome and lists of genes that contribute to these traits. Photo by L. Brian Stauffer.

Scientists have developed and deployed a series of new imaging and machine learning tools to discover attributes that contribute to water-use efficiency in crop plants during photosynthesis and to reveal the genetic basis of variation in those traits.

The goal is to breed or engineer crops that are better at conserving water without sacrificing yield, said Andrew Leakey, a professor of plant biology and of crop sciences at the University of Illinois Urbana-Champaign, who directed the research.

“Drought stress limits agricultural production more than anything else,” Leakey said. “And scientists are working to find ways to minimize water loss from plant leaves without decreasing the amount of carbon dioxide the leaves take in.”

Plants “breathe in” carbon dioxide through tiny pores in their leaves called stomata. That carbon dioxide drives photosynthesis and contributes to plant growth. But the stomata also allow moisture to escape in the form of water vapor. 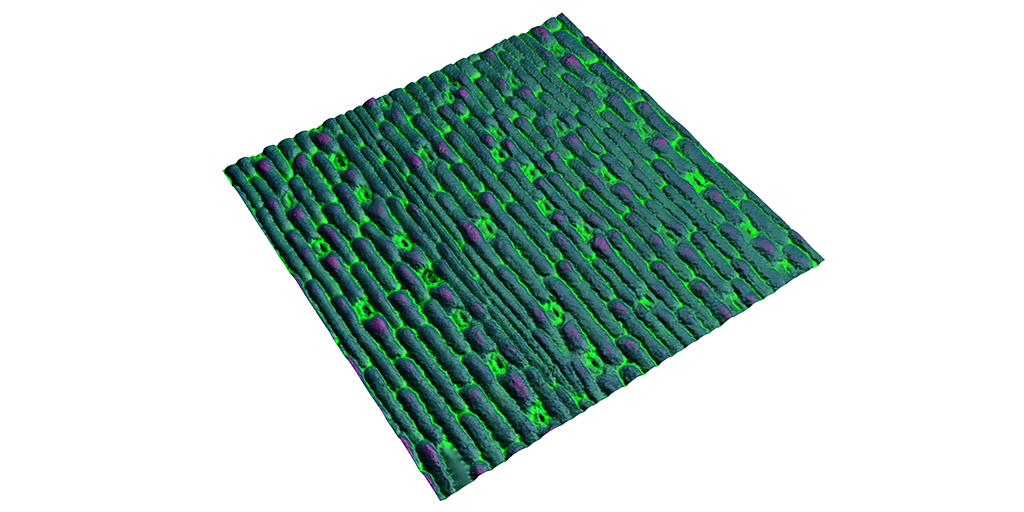 Microscopic view of the epidermis of a plant leaf with stomata and other cells visible. A new approach to analyzing the epidermis layer of plant leaves revealed that the size and shape of the stomata (lighter green pores) in corn leaves strongly influence the crop’s water-use efficiency. Micrograph by Jiayang (Kevin) Xie.

“The amount of water vapor and carbon dioxide exchanged between the leaf and atmosphere depends on the number of stomata, their size and how quickly they open or close in response to environmental signals,” Leakey said. “If rainfall is low or the air is too hot and dry, there can be insufficient water to meet demand, leading to reduced photosynthesis, productivity and survival.”

To better understand this process in plants like corn, sorghum and grasses of the genus Setaria, the team analyzed how the stomata on their leaves influenced plants’ water-use efficiency.

“We investigated the number, size and speed of closing movements of stomata in these closely related species,” Leakey said. “This is very challenging because the traditional methods for measuring these traits are very slow and laborious.”

For example, determining stomatal density previously involved manually counting the pores under a microscope. The slowness of this method means scientists are unable to analyze large datasets, Leakey said.

To speed the work, Xie took a machine-learning tool originally developed to help self-driving cars navigate complex environments and converted it into an application that could quickly identify, count and measure thousands of cells and cell features in each leaf sample. 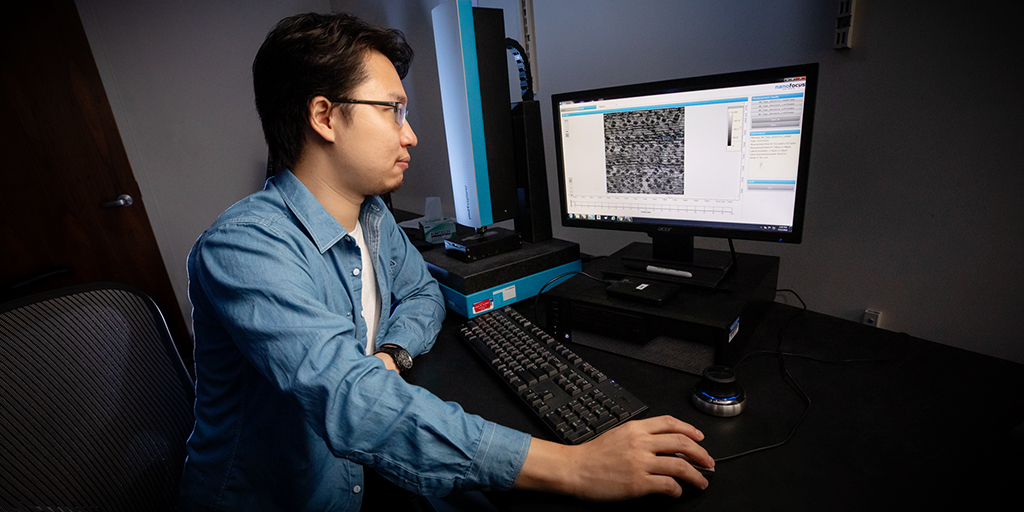 The team used sophisticated statistical approaches to identify regions of the genome and lists of genes that likely control variation in the patterning of stomata on the leaf surface. They also used thermal cameras in field and laboratory experiments to quickly assess the temperature of leaves – as a proxy for how much water loss was cooling the leaves.

“This revealed key links between changes in microscopic anatomy and the physiological or functional performance of the plants,” Leakey said.

By comparing leaf characteristics with the plants’ water-use efficiency in field experiments, the researchers found “that the size and shape of the stomata in corn appeared to be more important than had previously been recognized,” Leakey said.

Along with the identification of genes that likely contribute to those features, the discovery will inform future efforts to breed or genetically engineer crop plants that use water more efficiently, the researchers said.

The new approach provides an unprecedented view of the structure and function of the outermost layer of plant leaves, Xie said.

“There are so many things we don’t know about the characteristics of the epidermis, and this machine-learning algorithm is giving us a much more comprehensive picture,” he said. “We can extract a lot more potential data on traits from the images we’ve taken. This is something people could not have done before.”

Leakey is an affiliate of the Carl R. Woese Institute for Genomic Biology at the University of Illinois. He and his colleagues report their findings in a study published in The Journal of Experimental Botany and in three papers in the journal Plant Physiology (see below). 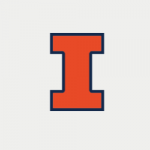