Illustrating the materiality of AI

The physical materials involved in designing, producing, and running artificially intelligent systems are all too frequently largely absent from discussions of AI itself. As a result, the implications of AI’s intense materiality continue to be overlooked and unremedied.

By picturing the physicality of artificial intelligence within the Better Images of AI repository, with the contributions of Catherine Breslin and Fritzchens Fritz, we hope to foster more accurate representations of these emerging technologies.

Silicon is a crucial component of AI manufacture. A block like the one pictured here would be sliced into 12 inch diameter wafers to form the base of CPUs. Picturing silicon visually illustrates that the ‘mining’ of AI is not purely metaphorical (e.g. data mining) but also a literal, material undertaking. Catherine Breslin, the photographer, operates within the AI supply chain first hand in her work as a machine learning voice engineer and consultant, previously involved in the production of Amazon’s Alexa. 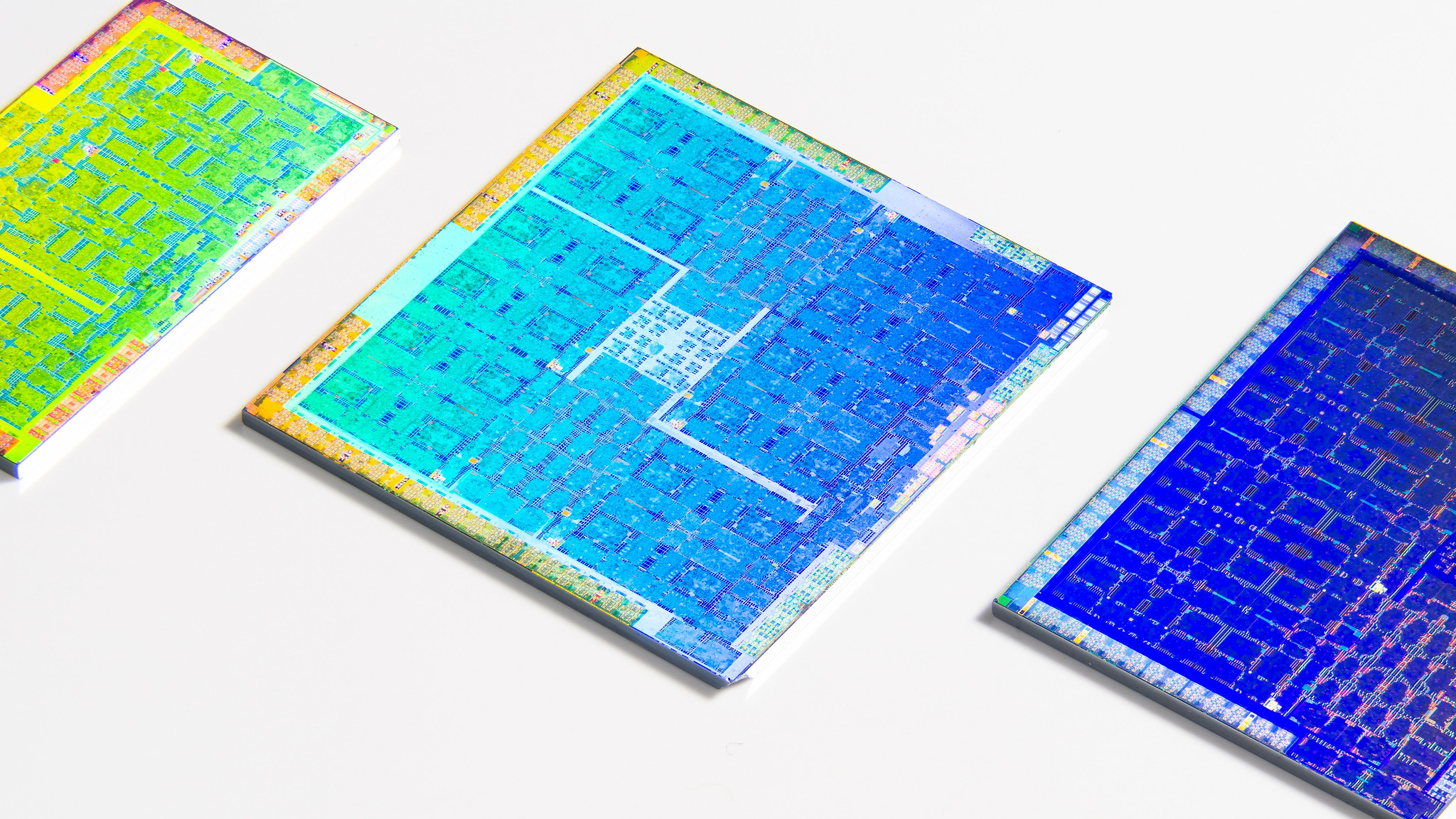 The GPU (Graphics Processing Unit) is an essential part of modern AI infrastructure. It’s a special type of chip or electronic circuit, originally designed to process images and render graphics and now used for other computational tasks, including training neural networks in deep learning. Die shots are close-up photographs of computer chips, from which the “packaging“ is removed, usually by undergoing a quite dangerous etching process involving sulfuric acid and high temperatures. The artist has used a combination of external light sources, polarising filters on the camera lens and image post production to create the colourful effect, capturing with this shot three NVIDIA Turing Chips (TU104, TU106, TU116). 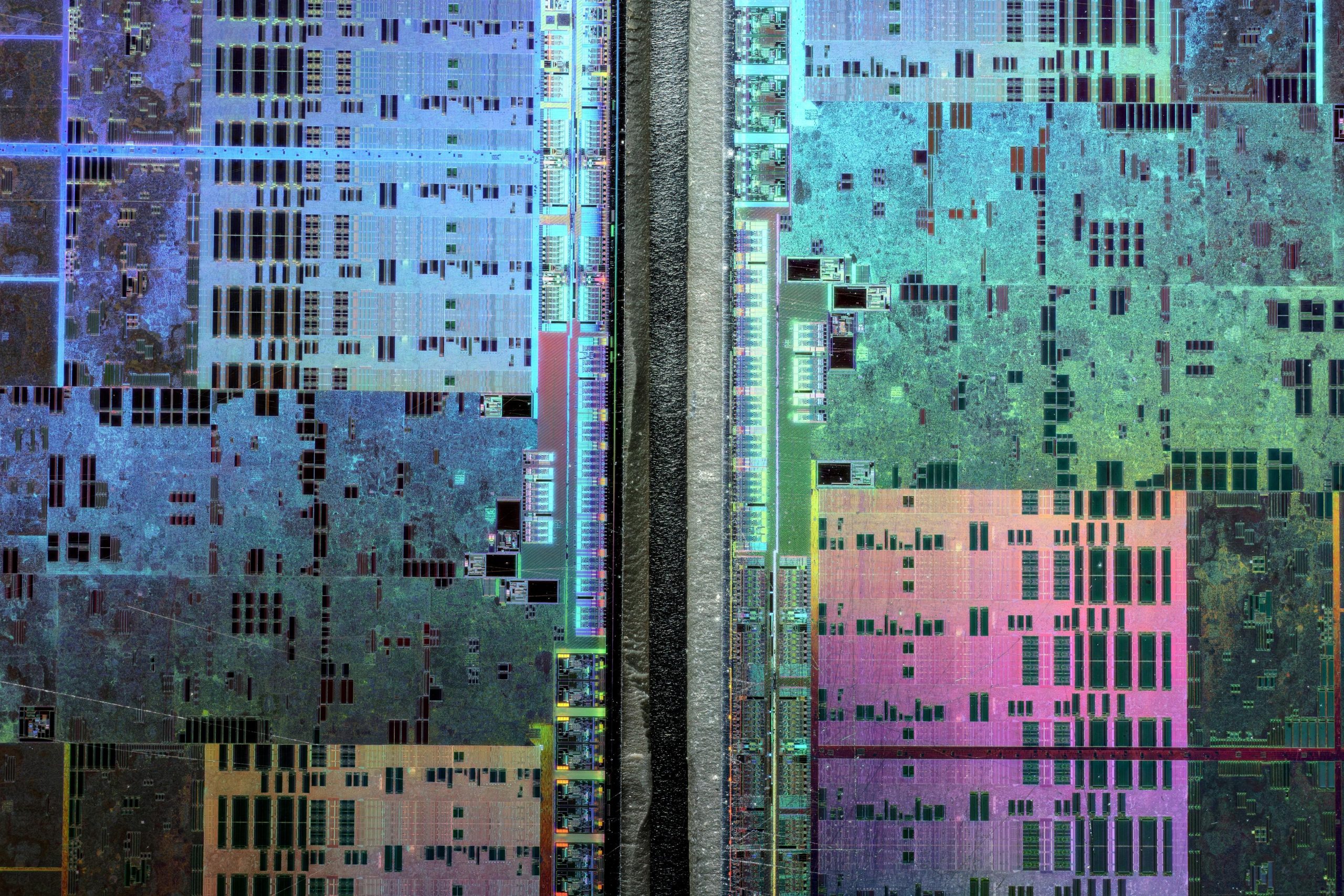 Tania Duarte, who coordinates the Better Images of AI collaboration, explains why the project has elected to commission and include these images as part of their repository:

“All too often we see images of AI in virtual, holographic forms, or find ourselves repeatedly presented with circuit brains in shiny 3D outlines suspended in blue space. These images of AI can make the technology seem intangible and ungovernable; something removed from real-world origins and consequences, perhaps even magical.

Catherine Breslin’s striking silicon rock images show the materiality of AI, and allude to the environmental impact: the physical reality of extracting natural resources for the industry and its toll on people and the planet. It also showcases the stunning beauty of the natural rock, in an iconic image echoing the shiny sci-fi robots in representations of AI, but falling much closer to its physical reality.

The next images of GPUs – made from silicon, are fascinating in that they show a further stage in the production of the hardware which enables AI systems. They are also visually compelling, showing a vibrant use of colour much more reflective of the many outputs of AI, and makes me wonder why in trying to make AI exciting, organisations use such limited and cliched colour palettes.”

Better Images of AI is a non-profit collaboration who are researching, creating, curating and providing Better Images of AI. They have a growing gallery of images which is the start of a new alternative repository of stock images. They are available for anyone to use for free under CC licences, or just as inspiration for more helpful and diverse representations of AI. Find out more on their website.