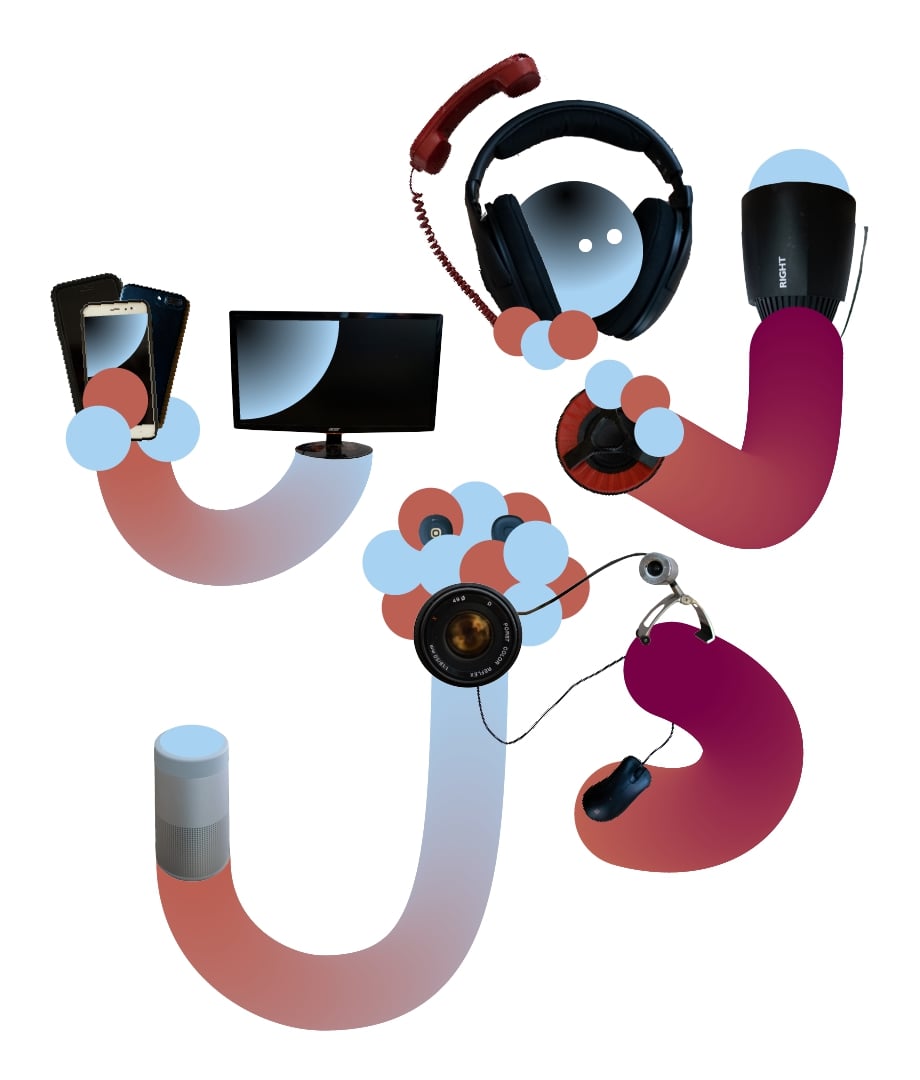 The 31st International Joint Conference on Artificial Intelligence and the 25th European Conference on Artificial Intelligence (IJACI-ECAI 2022) took place from 23-29 July, in Vienna. In this post, we continue our round-up of the invited talks, summarising the presentation by Ana Paiva, University of Lisbon and INESC-ID. The title of her talk was “Engineering sociality and collaboration in AI systems”.

Robots are widely used in industrial settings, but what happens when they enter our everyday world, and, specifically, social situations? Ana believes that social robots, chatbots and social agents have the potential to change the way we interact with technology. She envisages a hybrid society where humans and AI systems work in tandem. However, for this to be realised we need to carefully consider how such robots will interact with us socially and collaboratively. In essence, our world is social, so when machines enter they need to have some capabilities to interact with this social world.

Ana took us through the theory of what it means to the social. There are three aspects to this:

Ana wants to go from this notion of social intelligence to what is called artificial social intelligence, which can be defined as: “the capability to perceive and understand social signals, manage and participate in social interactions, act appropriately in social settings, establish social relations, adapt to others, and exhibit social responsibility.”

As an engineer, she likes to build things, and, on seeing the definition above, wonders how she can pass from said definition to a model that will allow her to build social machines. This means looking at social perception, social modelling and decision making, and social acting. A lot of Ana’s work revolves around design, study and development for achieving this kind of architecture.

Ana gave us a flavour of some of the projects that she and her groups have carried out with regards to trying to engineer sociality and collaboration in robots and other agents.

One of these projects was called “Teach me how to write”, and it centres on using robots to improve the handwriting abilities of children. In this project the team wanted to create a robot that kids could teach to write. Through teaching the robot it was hypothesised that they would, in turn, improve their own skills.

The first step was to create and train a robot that could learn how to write. They used learning from demonstration to train a robotic arm to draw characters. The team realised that if they wanted to teach the kids to write, the robot had to learn and improve, and it had to make mistakes in order to be able to improve. They studied the taxonomy of handwriting mistakes that are made by children, so that they could put those mistakes into the system, and so that the robot could learn from the kids how to fix the mistakes.

You can see the system architecture in the figure below, and it includes the handwriting task element, and social behaviours. To add these social behaviours they used a toolkit developed in Ana’s lab, called FAtiMA. This toolkit can be integrated into a framework and is an affective agent architecture for creating autonomous characters that can evoke empathic responses. 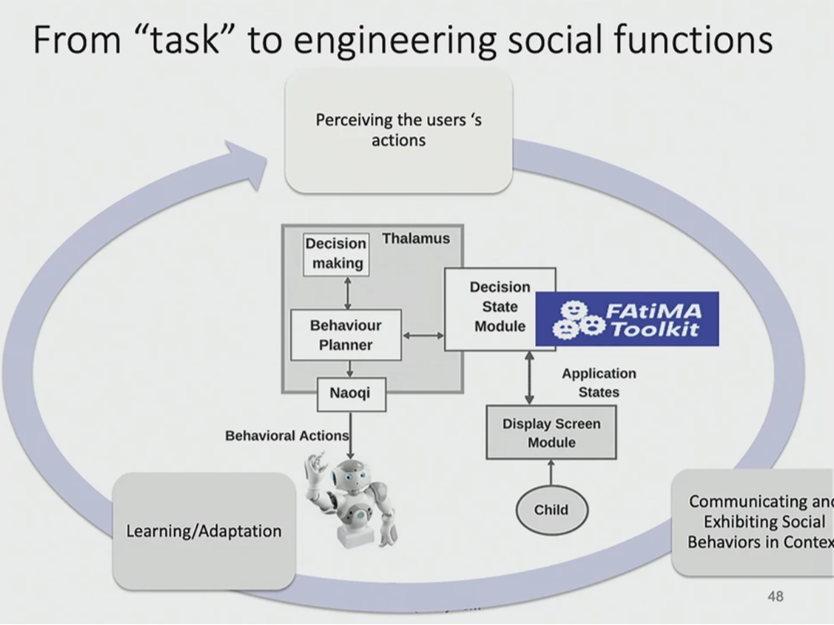 In terms of actually using and evaluating the effectiveness of the robot, they couldn’t actually put the robot arm in the classroom as it was too big, unwieldy and dangerous. Therefore, they had to use a Nao robot, which moved its arms like it was writing, but it didn’t actually write.

Taking part in the study were 24 Portuguese-speaking children, and they participated in four sessions over the course of a few weeks. They assigned the robot two contrasting competencies: “learning” (where the robot improved over the course of the sessions) and “non-learning” (where the robot’s abilities remained constant). They measured the kids’ writing ability and improvement, and they used questionnaires to find out what the children thought about the friendliness of the robot, and their own teaching abilities.

You can find out more about this project, and others, on Ana’s website.