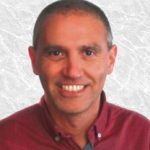 Josep Lluís Arcos is a Research Scientist at the Artificial Intelligence Research Institute of the Spanish National Research Council (IIIA-CSIC), where he heads the Department of Machine Learning. Dr Arcos received a PhD in Computer Science (1997) from the Technical University of Catalonia, Spain. He was a visiting researcher at Indiana University (2005), at McGill University (2012), and at the Centre for Interdisciplinary Research in Music Media and Technology (2012). He is co-author of more than 150 scientific publications with contributions on machine learning, case-based reasoning, multi-agent systems, self-organizing systems, and AI and music. Co-recipient of several awards, his research is focused on machine learning, time series analysis, and on their applications to healthcare and on music processing. He has been involved in more than 50 projects, either basic research or technology transfer, leading 20 of them. He created and led the Technology Transfer Unit of IIIA-CSIC from 2002 to 2007. Co-founder of the spin-off WeAR Technologies, he has also collaborated with the IIIA-CSIC Spin-offs iSoco and Strands.