Standard Platform League ready to kick off at #RoboCup2019

RoboCup 2019 in Sydney opens to the public tomorrow, but participants have already been preparing onsite for two days. There are fifteen RoboCup leagues that are grouped into five categories — RoboCupSoccer, RoboCupRescue, RoboCup@Home, RoboCupIndustrial and RoboCupJunior — and live coverage on AIHub will touch each league.

However, I’ll personally be covering the Standard Platform League (SPL) with one post per day throughout RoboCup 2019.

I’ve participated in the SPL since 2011 as a part of the University of Texas’ UT Austin Villa team, and have served in many technical and organizational roles with the league. I’m currently serving as an executive member, which means I oversee the work of the technical and organizing committees for the league and consider the longer-range goals and roadmap of the league. Now that you know about me, let’s dive in!

What is the Standard Platform League?

The RoboCup Standard Platform League is a robot soccer league in which all teams participate using the same robot, the NAO robot from SoftBank Robotics. The robots must play fully autonomously — without input from humans — and each one makes decisions individually. But, they can play as a team using visual, verbal or Wi-Fi communications. 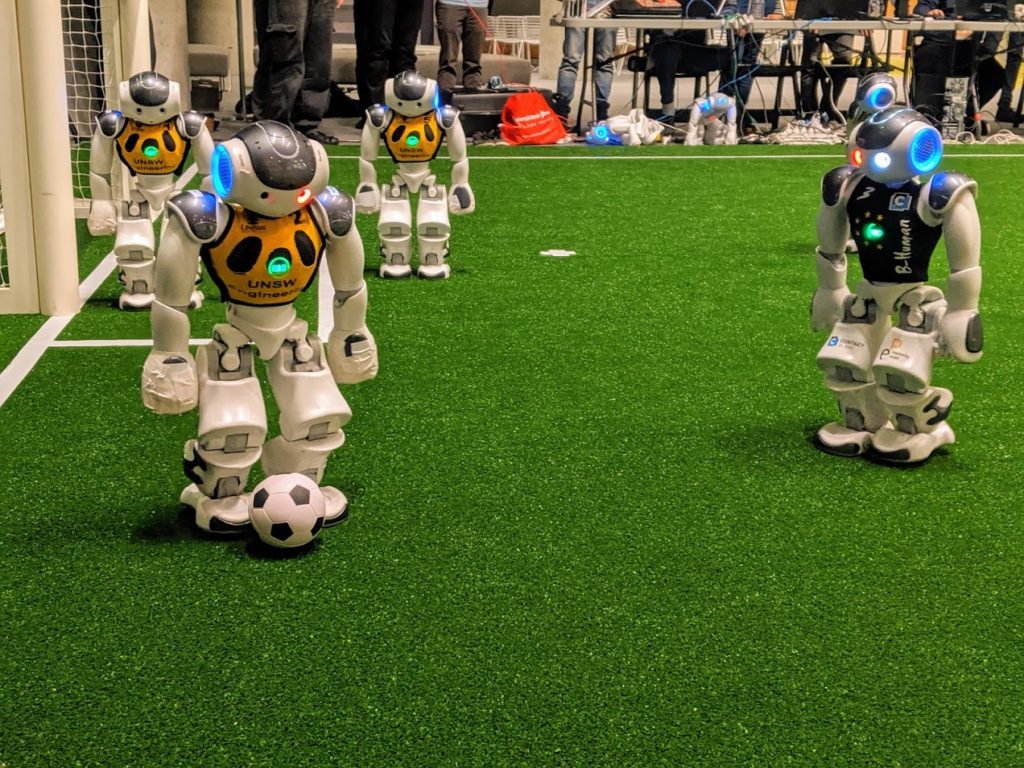 SPL teams play on a 9 meter by 6 meter green field with white lines and goal posts. The ball is a white and black foam ball that resembles a soccer ball. You can see the 2019 Rulebook here. 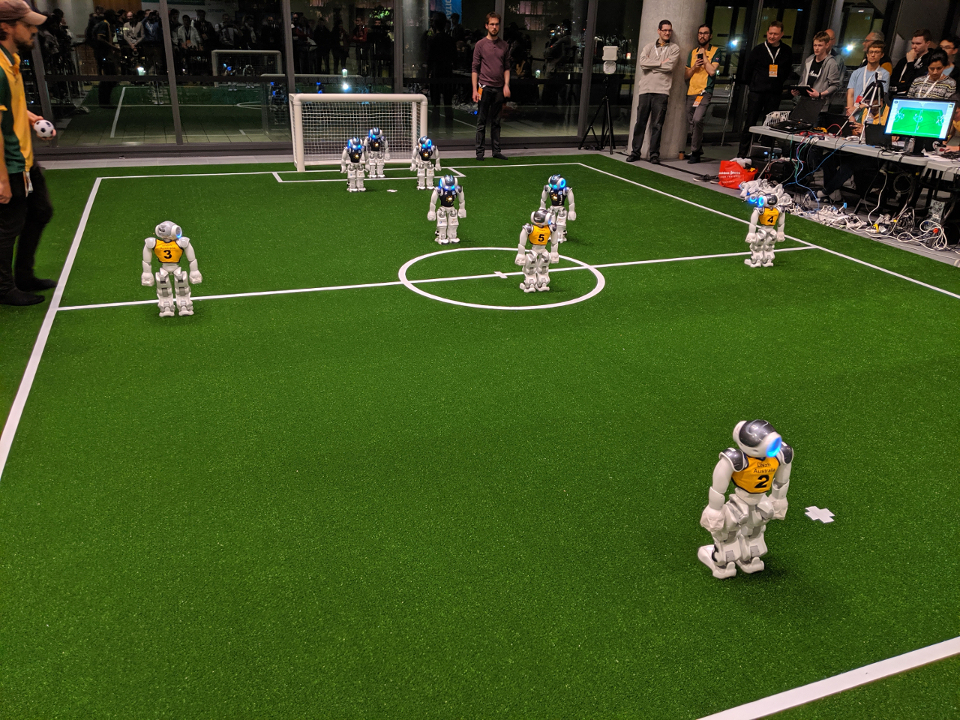 A SPL practice game at RoboCup 2019. (Photo by JT Genter)

Until RoboCup 2007, the SPL was named the “Four-Legged League” and used the Sony AIBO as its sole platform. The league adopted the “Standard Platform League” name for RoboCup 2008 when both the Aibo and NAO robots were used, and the name stuck even once the NAO became the league’s sole platform in 2009. See this article for footage from RoboCup competitions in 1997 to 2011.

There are 20 teams competing in the SPL at RoboCup 2019. These teams include six teams from Germany, two teams from the United States, a joint team from Australia / Spain and one team from each of the following countries: Australia, Canada, China, Colombia, Italy, Ireland, Japan, The Netherlands, Russia, Switzerland, Taiwan. You can see more about the teams here.

If you want to follow the SPL at RoboCup 2019, your best source for timely updates will be:

You can see the SPL schedule on the SPL webpage, as well as up-to-date results and rankings. One of the SPL teams, Nao Devils Dortmund, is also hosting live streams of all five SPL fields on their Youtube channel so you can watch the games from home.

How to Get Involved

The SPL is always looking for new teams. Some SPL teams are university student groups while other teams are from university research labs. As such, the league provides the opportunity to do novel research in the RoboCup domain, but the depth of this research varies from team to team. 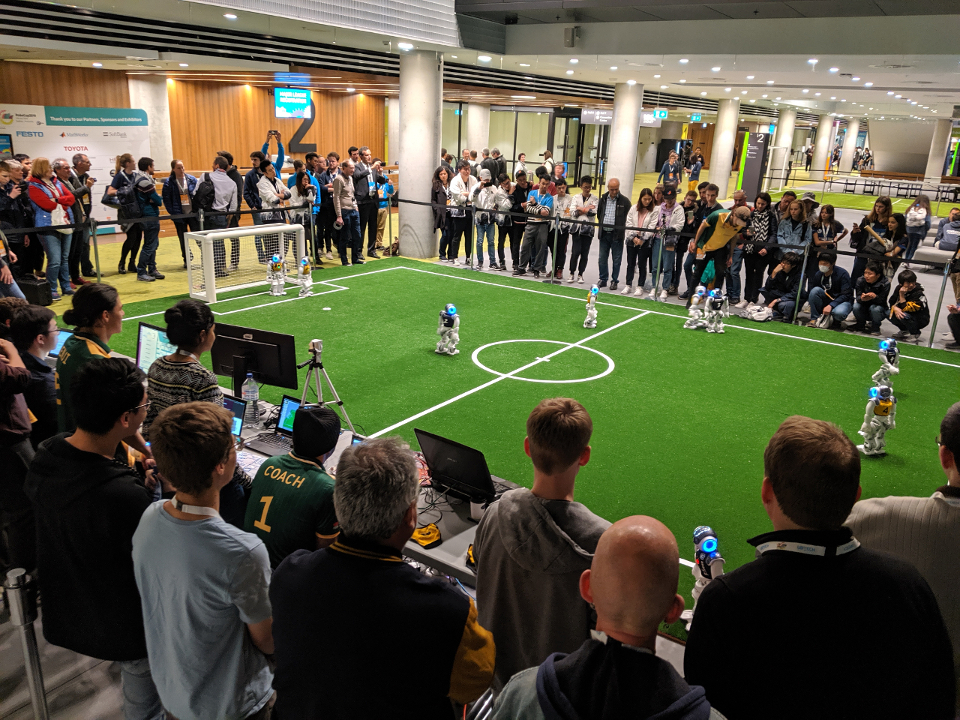 The league is currently creating a “How to Get Started in SPL” guide — but in the meantime, please join the public mailing list to ensure you see the next Call for Participation, see the 2019 Call for Participation to see what the application process usually entails and feel free to email the SPL committees with any questions.