Twenty teams are competing in the Standard Platform League (SPL) at RoboCup 2019 in Sydney this week. However, the experience and skills of the league’s teams vary greatly, from six-time champion B-Human to new teams from Russia and Colombia. Although teams have been onsite for two days preparing, today was the first day of competition. 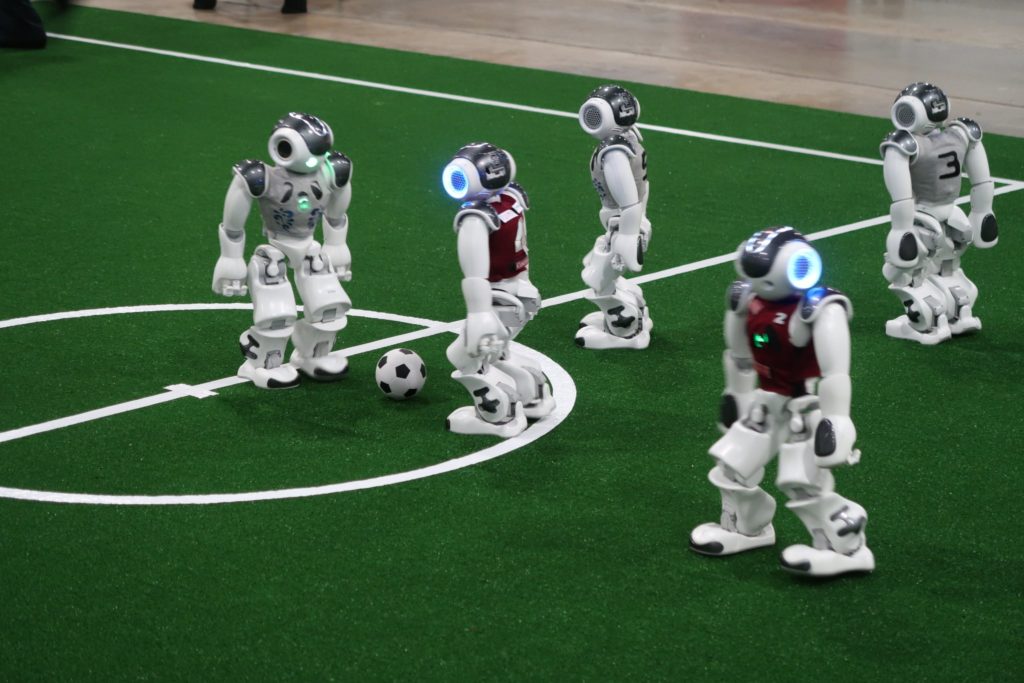 SPQR versus Bembelbots at RoboCup 2019. (Photo by JT Genter)

You can read more about the tournament set-up in Section A.4 of the SPL rulebook. 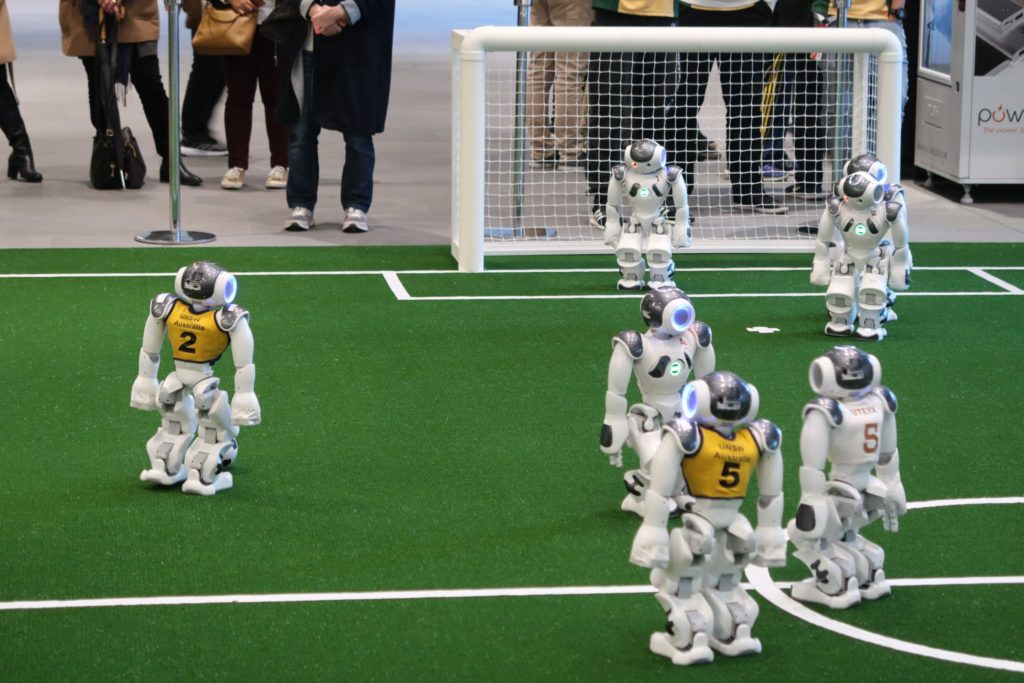 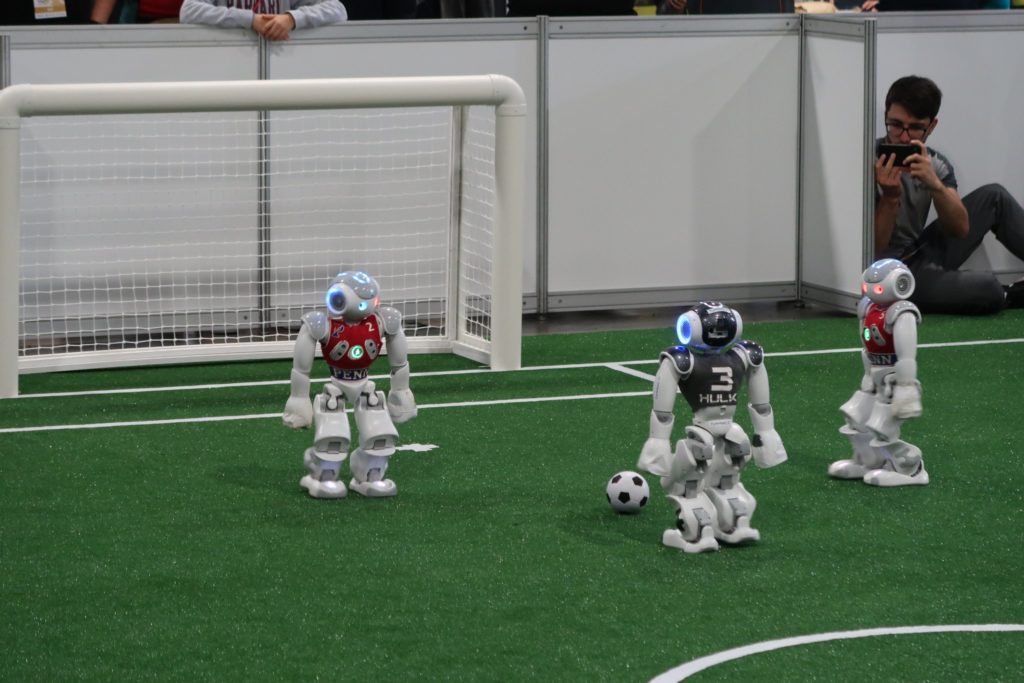 HULKs versus UPennalizers at RoboCup 2019. (Photo by JT Genter)

One advantage of the Champions Cup and Challenge Shield competition format is that teams are generally playing competitive games from the start. Even many of the games with moderate goal differences felt relatively close to both the teams and spectators.

Friday morning will see Promotion Games between eight teams. Four of these teams will advance to the Champions Cup to join B-Human, Berlin United, HULKs, Nao-Team HTWK, Nao Devils Dortmund, rUNSWift, TJArk and UT Austin Villa. Meanwhile, the losing teams from these games will join the Challenge Shield. The Promotion Games are as follows: