In the evening on Competition Day 2, an Open Research Challenge was held. During this challenge, teams were invited to give a short presentation on SPL-related research that occurred this year. Six teams presented research talks: 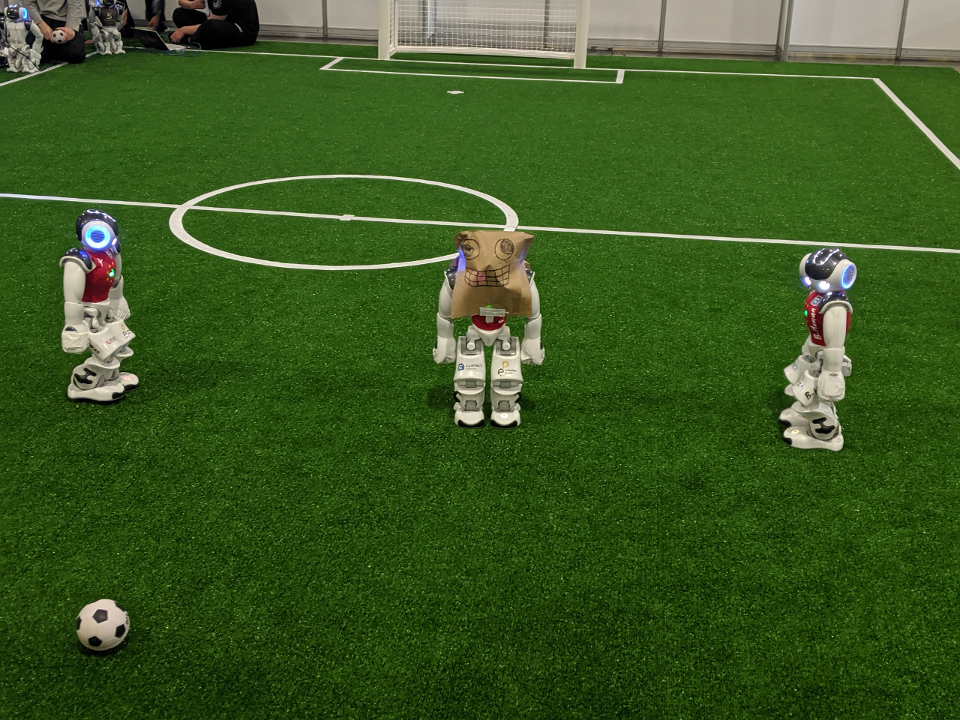 In addition to these six presentations, all twenty SPL teams brought and displayed a poster describing their RoboCup-related research within the past year.

Afternoon and early evening featured second round robin games in the Champions Cup and Challenge Shield. In the Champions Cup, all games ended as would be expected based on seeds — but there were some some close, exciting matches. For example, UT Austin Villa defeated SPQR 2:0 in Group G. 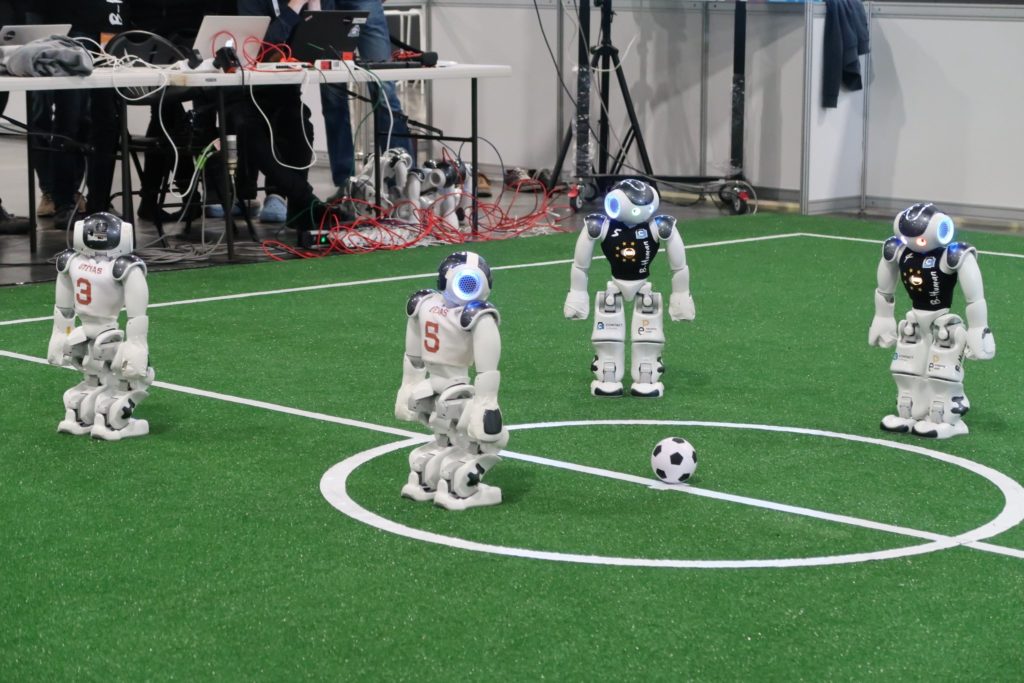 UT Austin versus B-Human at RoboCup 2019. (Photo by JT Genter) 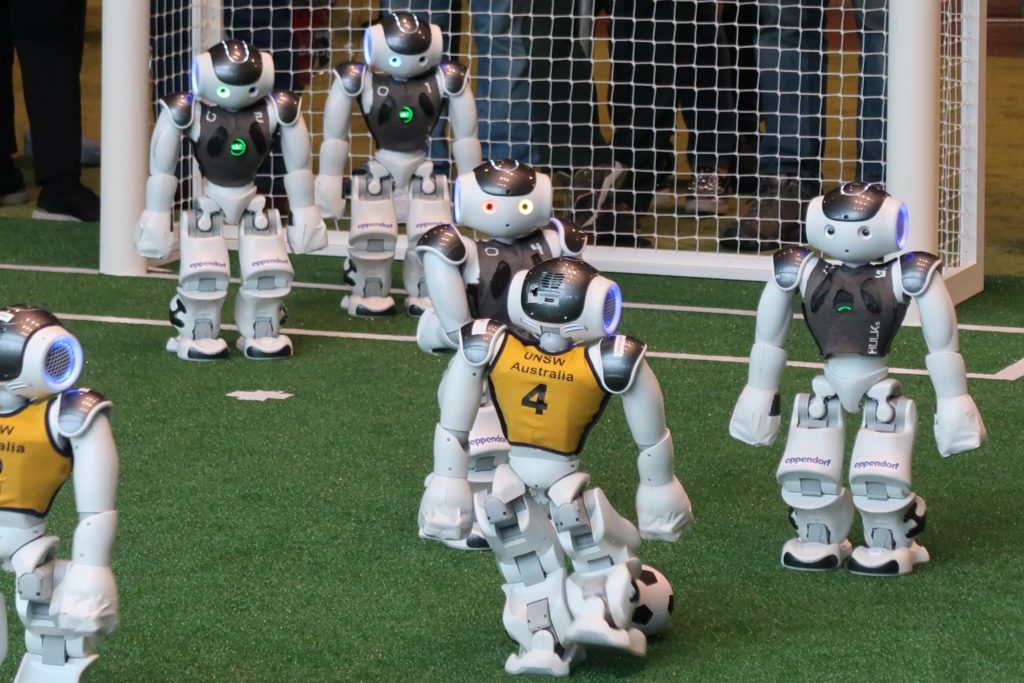 HULKs versus rUNSWift at RoboCup 2019. (Photo by JT Genter)

In the Challenge Shield, there were close games between many teams. For example, first-year team SABANA Herons tied second-year team Naova 1:1 and NTU RoboPAL defeated MiPAL 3:0.

Competition day 3 will feature the: