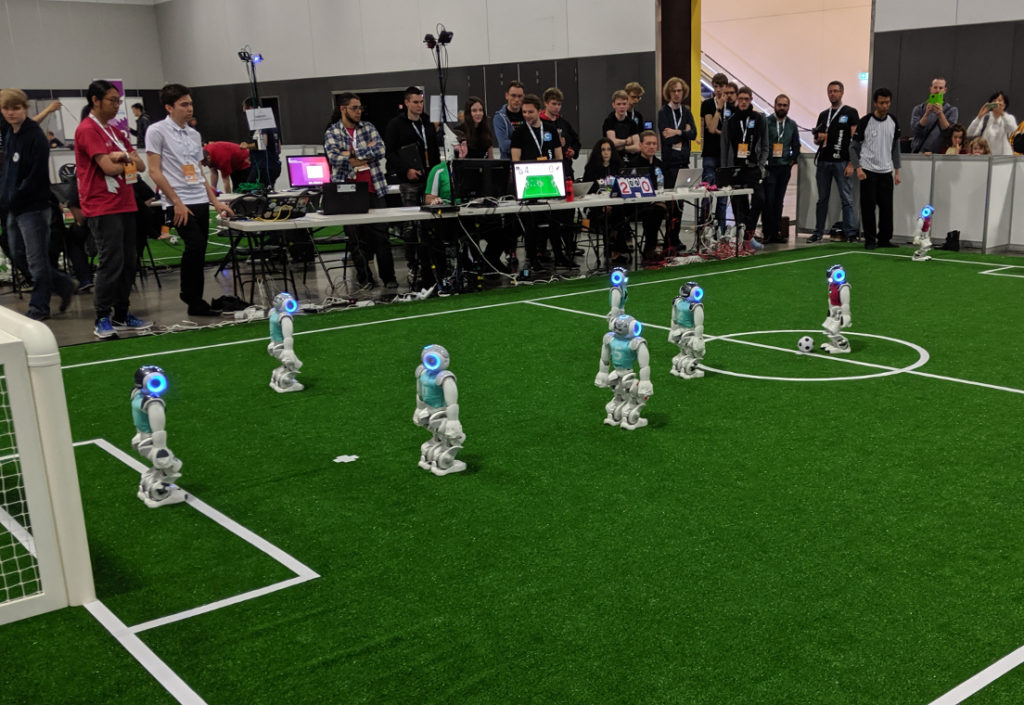 Most teams program their robots to work as part of a pre-specified team. So, mixed teams must make sure they can communicate successfully. Doing so allows the teams to coordinate their positions, behaviors and game state information (such as ball location). Most mixed teams say that the largest benefit of being part of a mixed team is getting to work closely with another SPL team. These teams often share limited amounts of code, but they also allow each team a look into how another team codes and functions.

The intention of the directional whistle challenge is to investigate the possibilities of localizing the point where the referee whistle is blown. For this challenge, each team can choose to use between one and five robots, each of which is placed at a pre-defined spot according to its jersey number. 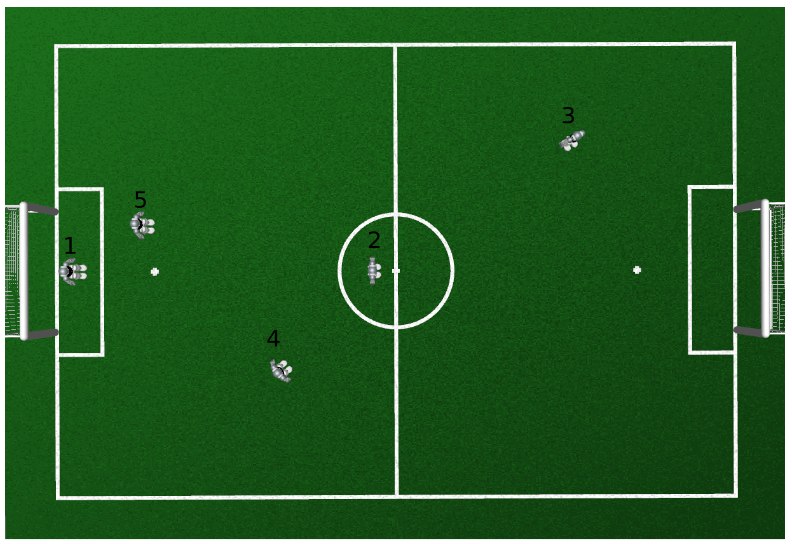 Pre-defined positions for robots in the directional whistle challenge.

A referee then blows a whistle from eight different locations on and around the field. These locations are the same for all teams, including the orientation of the referee. The team then has up to five seconds after each whistle blow to send a message back to the GameController with an estimate of the position from which the whistle was blown. The full challenge rules, including the scoring metrics, can be found in the challenge document. Results of the challenge can be found on the results page. 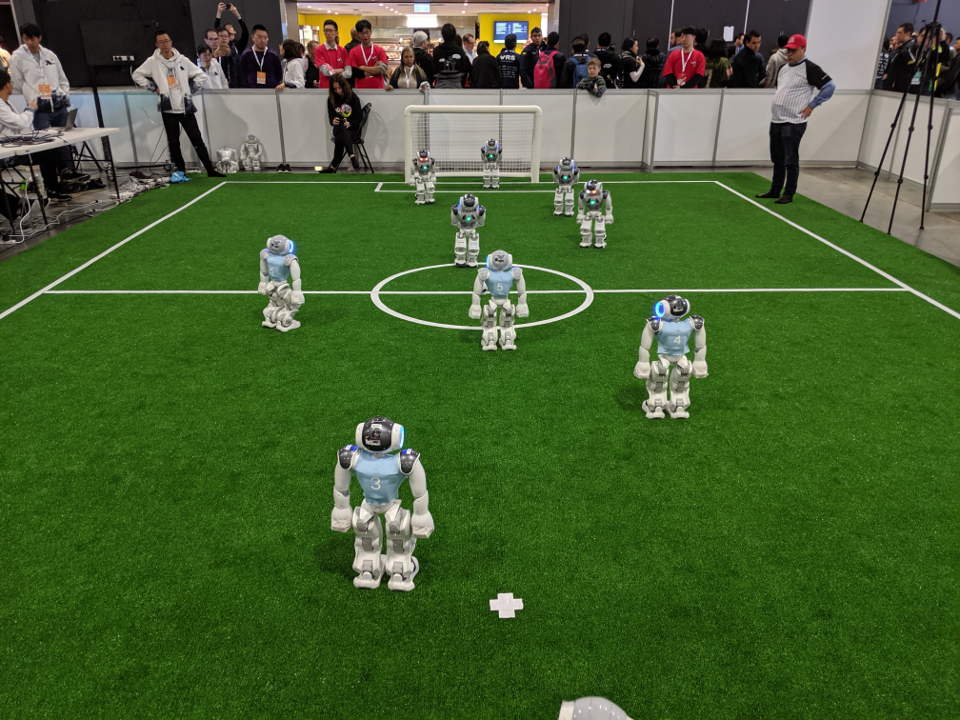 The two teams were so closely matched up that there was no decision after six rounds of penalty shoot-outs. So, a coin was flipped.

In the late afternoon, there were quarterfinal games in the Champions Cup.

The winners of these games — B-Human, HTWK, Nao Devils and rUNSWift — advanced to the semi-finals (which will be held the next morning). 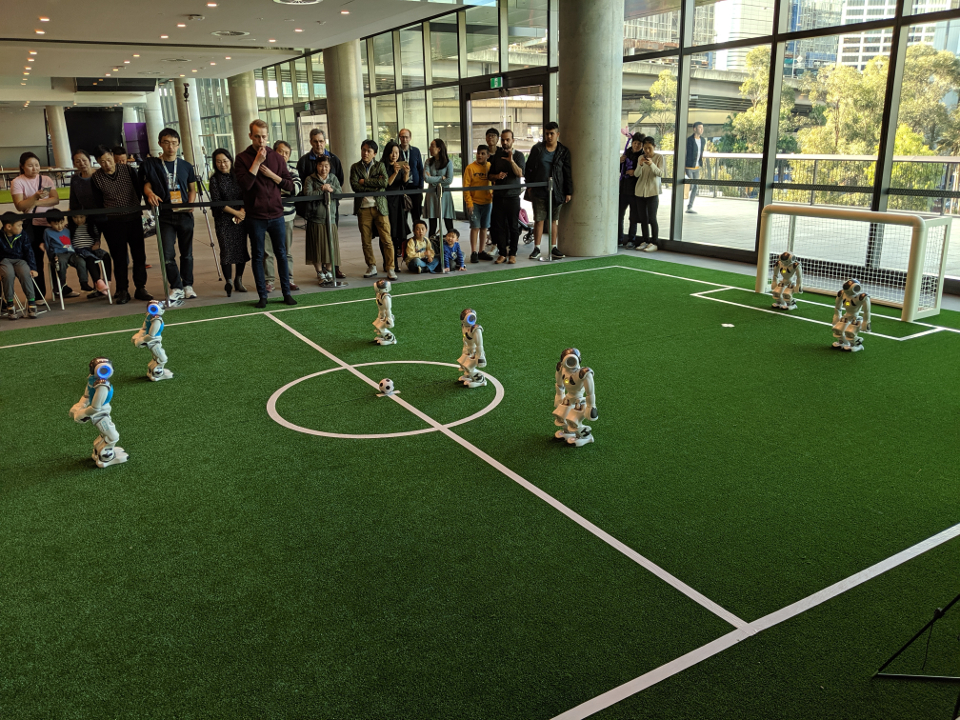 Quarterfinal SPL game between UT Austin and HTWK on a field with natural lighting.

Championship Day will feature the: