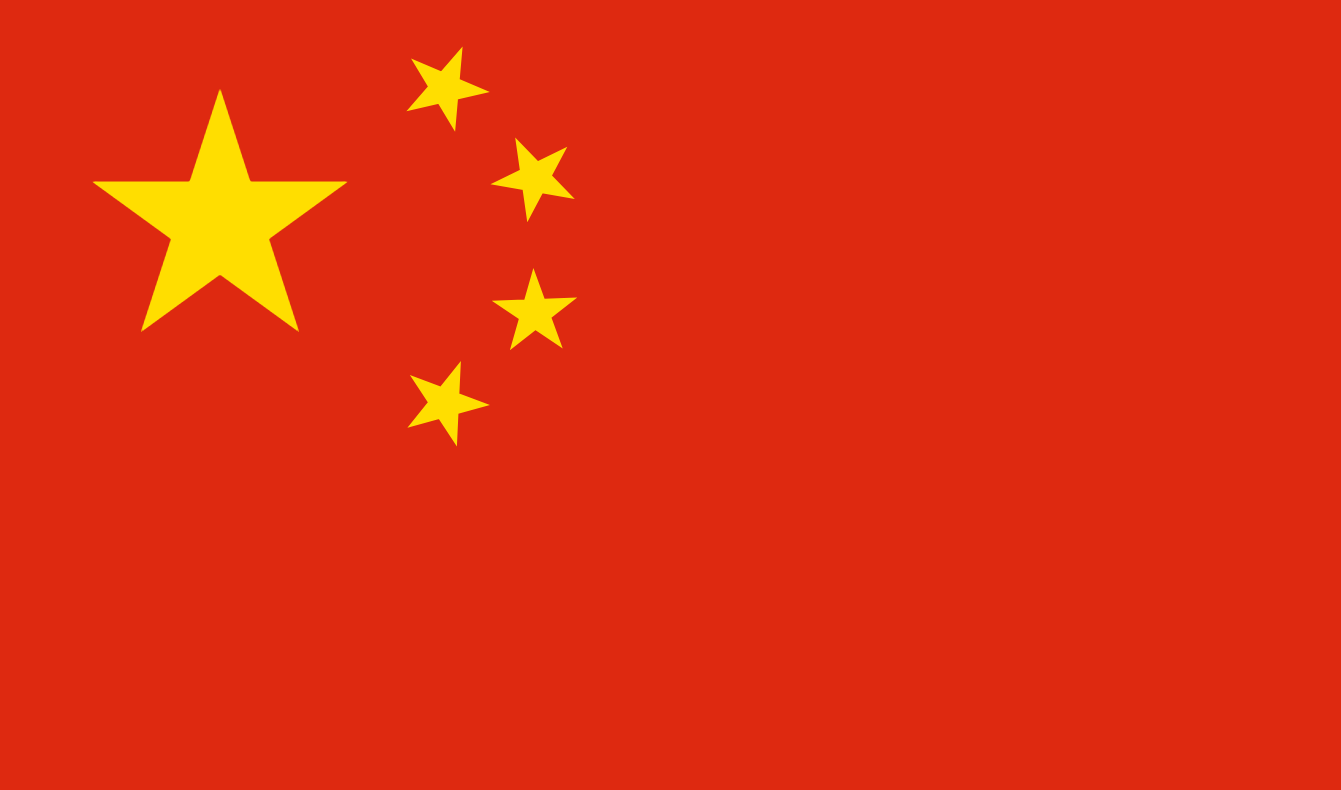 By Yi Chang and Chengqi Zhang

Artificial intelligence (AI) has entered into a new era, and its rapid development will profoundly affect the everyday life of citizens worldwide. Countries around the world are establishing governmental strategies and initiatives to guide the development of AI. The Chinese government is using the development of AI as a major strategy to enhance national competitiveness and protect national security. In January 2016, the Chinese State Council released the 13th Five-year Plan on National Science and Technology Innovation, explicitly putting forward the guidance, general requirements, strategic mission and reform measures for Chinese science and technology innovation. Over the next five years, smart manufacturing will be one of the major missions of the Science and Technology Innovation 2030 Project and there will be a focus on the development of AI technology. In July 2017, the Chinese State Council issued the New Generation Artificial Intelligence Development Plan in a bid to seize the major strategic opportunities for the development of AI, to create Chinese first-mover advantage, and to accelerate the process of building China into an innovative country and a leading power of science and technology in the world.

The plan has been regarded as a major event in the history of Chinese science and technology development and, more importantly, the construction of an open, collaborative, AI technology innovation system is one of China’s major missions in AI development.

As for the strategic goals of AI scientific development in China, the “New Generation Artificial Intelligence Development Plan” has stated that it is a three-step process:

The Chinese State Council wants to create first-mover advantage, and to accelerate the process of building China into an innovative country and a leading power of science and technology in the world

Step two. By 2025, the Chinese government expects to have initially established the new generation of AI theory and technology systems, with autonomous learning ability, to achieve breakthroughs in many areas, and obtain world-leading research results.

In view of the weak foundation of the original theory and the lack of major products and systems, the Chinese government has resolved to establish AI fundamental theory and a key common technology system, plans the construction of major science and technology innovation centres, aims to strengthen its high-end talent team in AI, prospectively plans AI’s major science and technology projects, seeks to develop a continuous innovation ability, and, finally, intends to make a greater contribution to the development of AI in the world.

To establish the new generation of AI fundamental theories

As we know, the development of AI requires multidisciplinary collaboration. To carry out interdisciplinary exploratory research, the government is encouraging research institutions to promote the integration of AI and related foundation disciplines, such as neuroscience, cognitive science, quantum science, psychology, mathematics, economics, sociology, and so on. It will also strengthen basic theoretical mathematical research to guide the development of AI algorithms and models.

In an effort to address the urgent need to enhance Chinese international competitiveness in AI, the Chinese government proposes that the development and deployment of key common technology of AI should maintain algorithms as the central task. In particular, it should be based on data and hardware, focus on the perception-recognition problem, knowledge computing, cognitive reasoning, motion execution, the human-computer interaction capability, and ultimately form openly compatible, stable and mature technological systems.

In order to meet the resource requirements of AI development, it is essential to construct an AI innovation platform to strengthen the support for AI development and application. The Chinese government proposes to promote the construction of an AI hardware and software infrastructure platform, and to open-source of all kinds of common software and technology. Besides this, other AI innovation platforms, including a swarm intelligent service platform, hybrid intelligent support platform, autonomous system support platform, and the fundamental data and security detection platform have also been proposed.

Accelerate the cultivation and recruiting of high-end AI talent

In the wave of AI technological development, those possessing high-end talent with advanced science and technology skills will be strategically active amongst the fierce competition. In order to build Chinese talent, the Chinese government regards the high-end talent team construction as one of the most important missions in the development of AI.

Adhering to the combination of cultivation and recruitment, the government is encouraging research institutions to improve the AI education system, strengthen talent reservation and echelon construction, and, in particular, accelerate the recruitment of the world’s top young talent.

With regard to increasing the recruitment of high-end AI talent, the Chinese government will open up specialized channels and implement special policies to achieve high-precision AI talent recruiting, focusing on the recruitment of top international scientists and high-level innovation teams in neural awareness, machine learning, automatic driving, intelligent robots, among other fields. It is encouraging the use of project cooperation, technical advice, and other flexible ways to discover AI talent and co-ordinate existing talent plans to strengthen AI talent recruitment, especially for outstanding young talent.

It is also proposed to improve the AI education system by setting up AI specialties and promoting AI as a first-class discipline. The Chinese government will establish AI Schools in pilot institutions as soon as possible, and increase the enrolment number of masters and doctors in AI-related disciplines. Furthermore, colleges and universities are being encouraged to broaden AI educational content, to form a new model of “artificial intelligence +X”, and develop the connection between AI and mathematics, computer science, physics, biology, psychology, sociology, law, and other disciplines. The government encourages strengthening cooperation among industry, university, and research institutions in order to further develop AI disciplines.

With a focus on the urgent needs and weak areas of AI development, the Chinese government is focusing on the implementation of the new generation of major AI science and technology projects. It emphasizes strengthening overall co-ordination, and clarifying the key points of the task boundaries of research and development. Additionally, it expects the existing research and development planning to support the “1+N AI Program”.

Here, “1” refers to the new generation of major AI science and technology projects. These projects focus on the prospective planning of fundamental theory and key common technology, make predictions for AI development, and strengthen the research of comprehensive impacts of AI on the countermeasures.

“N” refers to the AI research and development projects deployed in the relevant national plan. The focus is to strengthen its connection with the major science and technology projects of the new generation of AI, and collaboratively promote theoretical research, breakthroughs and product development applications in AI. The Chinese government will strengthen the connection of AI research with the “Core Advanced Foundation” (core electronic devices, advanced general-purpose chips, and fundamental software), integrating circuit equipment and other projects listed in National Science and Technology Major Projects to support AI hardware and software development. It will also strengthen the mutual support with other projects listed in the “Science and Technology Innovation 2030 Project.” Besides this, the National Key Research and Development Program and the National Natural Science Foundation will continue to promote and strengthen support for the AI frontiers. The achievements in AI-related fundamental theories and common technologies supported by other science and technology projects will be openly shared.

The government proposes to innovate an organization implementation model of AI’s new generation major science and technology projects, adhering to the principle of concentrating resources on major achievements and breakthroughs, and fully utilizing the role of market mechanisms to mobilize all forces and collectively promote its implementation. Additionally, it also emphasizes the importance of clarifying management responsibilities and regular assessments, strengthening dynamic adjustments and improving management efficiency.

Since the release of the “New Generation Artificial Intelligence Development Plan” by the Chinese State Council, most provinces, national council ministries, and institutions have responded positively by accelerating AI planning and issuing AI scientific plans. The National Natural Science Foundation of China, as one of the main organizations supporting fundamental research in China, has also supported two new research areas this year, Artificial Intelligence and Information Science, focusing on original fundamental prospective and crosscutting research around major AI scientific issues and technologies. It encourages AI researchers to cooperate closely to explore new concepts, new theories, new methods, and new technologies in the interdisciplinary field, and expects to build prototype systems and promote the common development of AI and other research fields.

Yi Chang is Professor at Jilin University, in China, and he is the Founding Dean of the School of Artificial Intelligence at the same university. He has been Technical Vice President at Huawei Research America and was research director at Yahoo Labs/Research, where he was in charge of knowledge graph, question answering and vertical search projects. He is also associate editor at IEEE TKDE. His research interests include information retrieval, data mining, machine learning, natural language processing, and artificial intelligence. He was elected as an ACM Distinguished Scientist in 2018, for his contributions to intelligent algorithms for search engines.

Chengqi Zhang is a Distinguished Professor at University of Technology Sydney (UTS), where he was appointed as an Associate Vice President (Research Relationships China) in 2017. He obtained his Bachelor degree from Fudan University, his Masters degree from Jilin University, his PhD degree from The University of Queensland, and a Doctor of Science (DSc – Higher Doctorate) from Deakin University, all in Computer Science. He is the founding director of the Centre UTS Centre for Quantic Computing and Intelligent Systems (QCIS). He is also Chairman of the Australian Computer Society National Committee for Artificial Intelligence and the Chairman of IEEE Computer Society Technical Committee of Intelligent Informatics (TCII). His research focuses mainly on Data Mining and its applications.

This article originally appeared in the Idees Magazine special issue on artificial intelligence. You can read the full special issue here. 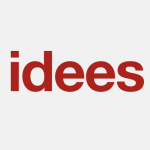 Idees Magazine is the online magazine on contemporary issues edited by the Centre for Contemporary Studies an in-house think tank of the Government of Catalonia.

Idees Magazine is the online magazine on contemporary issues edited by the Centre for Contemporary Studies an in-house think tank of the Government of Catalonia.