RoboCup and its role in the history and future of AI

As I write this blog post, we’re a few days away from the opening of the 2021 RoboCup Competitions and Symposium. Running from June 22nd-28th, this event brings together AI and robotics researchers and learners from around the world, for the first (and ideally last!) time in a fully remote format.

The first official international RoboCup event occurred 25 years ago, at the IROS 1996 conference in Osaka, Japan. Called “pre-RoboCup” because the first full RoboCup was slated to launch the following year at the 1997 IJCAI conference in Nagoya, the CMUnited team created by myself and my Ph.D. advisor, Manuela Veloso, was the only non-Japanese entry in the simulation competition, which was the only event that year.

An Overview of the RoboCup Soccer League. Source: RoboCup Federation.

While RoboCup has indisputably played a huge role in the last quarter-century of AI research, it has also played a leading role in my own personal story. I currently have the honor (and responsibility!) of serving as President of the RoboCup Federation. But in 1996, I was a mid-career Ph.D. student at Carnegie Mellon University at a time when AI was not nearly as “hot” as it is now.

I had been inspired by the work of Alan Mackworth’s robot soccer research introduced in his “On Seeing Robots” paper, and had the good fortune of having a very supportive and open-minded Ph.D. advisor who encouraged me to follow my interests, even if they were somewhat unconventional (I tell the story of how that happened in this TedX talk.)

At the same time, a group of Japanese researchers, including those who are now my colleagues at Sony AI — Hiroaki Kitano, Minoru Asada, Itsuki Noda, and others — had the vision of creating a robot soccer league to inspire AI research after the long-standing challenge of defeating the human chess champion had fallen (which, as it turns out, was imminent, occuring in May of 1997). Kitano articulated the RoboCup challenge in concrete terms as, “creating a team of humanoid soccer players that can defeat the World Cup champion soccer team by the year 2050.”

This vision inspired my early research on AI planning and machine learning in multiagent systems, and has continued to inspire my research and that of my students on these areas and robot learning throughout the years.

Myself playing against the robots. Source: RoboCup Federation.

Beyond my own story, RoboCup has inspired hundreds of conference papers, journal articles, and theses over the years, and has served as the entry point to AI and robotics for thousands of successful researchers and developers, including several current Sony AI team members. It has also motivated the creation of many follow-on research competitions such as the Trading Agent Competition (co-founded by Sony AI Director, Pete Wurman –I describe the relationship to RoboCup here) and an increasing number of competitive research events in recent years.

If the community eventually meets Kitano’s 2050 challenge, RoboCup will also claim its place in the series of AI “better than people” landmarks, that now includes checkers, chess, poker, Jeopardy, and go. However, unlike any of these prior landmarks, soccer is a real-time, multiagent, partially observable, *physical* game that requires very different technological methods and advances. It thus remains a very current challenge and is poised to continue to play a large role in the future of AI research.

Today, RoboCup is a vibrant community of thousands of people around the world who are passionately committed to advancing the state of the art in AI and robotics research through research competitions. In addition to soccer, it includes RoboCupRescue, which focuses on multiagent robotics for disaster rescue scenarios; RoboCup@Home, which focuses on general-purpose service robots in domestic settings; RoboCupIndustrial, which focuses on multirobot logistics in industrial settings; and RoboCupJunior, our educational initiatives for children.

The annual physical competitions and symposium is typically the focal point of the community’s interaction. However, the global health crisis forced the cancellation of RoboCup 2020 and led us to host RoboCup 2021 as a fully remote event. In addition to my role as President of the RoboCup Federation, I am now also the chair of this event. I’m proud to say that the community has rallied together to make the very best of a challenging situation. Each league will be hosting a competition of some sort, either in simulation, or with teams streaming robot behaviors from their own labs, with the event being hosted by Underline.

While everyone in the community surely looks forward to being able to get back together in person, ideally in 2022; on the plus side, by being fully remote in 2021, everyone who wants to watch and learn about RoboCup can easily tune in online. I hope to see you there!

This post originally appeared on the Sony AI blog and appears here with the author’s permission. 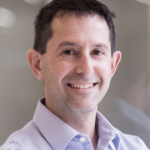